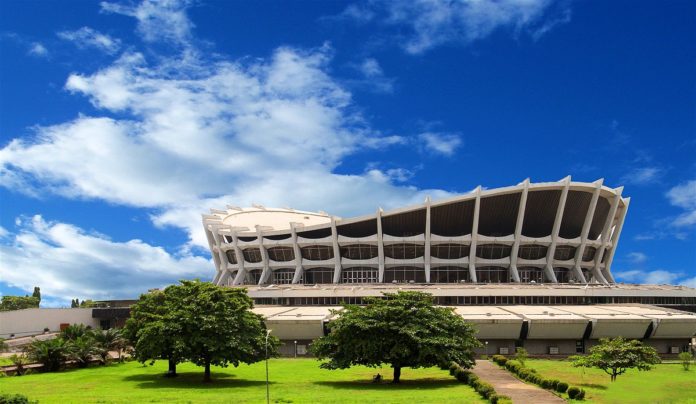 Years ago, former American Secretary of State, General Colin Powel excited world bloggers with his widely publicized comments that Nigeria was a colony of fraud and tricksters. Perhaps to prove there was no malice to what many regarded as a sweeping slur on the integrity of honest Nigerians, the General later gave an insight into his deep emotional pull towards the African continent in his published memoirs after a sweeping visit to Sierra Leone and Nigeria in 1992. The General also raised eyebrow when he did a jig during a ThisDay newspaper function held at the Royal Albert Hall in 2008.

It is hard to know what was playing on Powell’s mind all that while, or what he thought Nigerians are, but one thing is beyond dispute. In the past few years, it seems Nigerians, as a collective, have done everything to extend the frontiers of dishonesty and corruption to the extent that it is difficult to disprove that both have become part of our national culture overtime.

And if truth must be told, it is a tendency that has defied even the time capsule stated above. We never needed Colin Powell to remind us that much of our established customs and traditions, along with our legendary criminal docility, have only served to deepen corruption in our society without contributing to any meaningful development overtime. A few examples will suffice at this point.

In most parts of South-East, burial ceremonies for the dead remain expensive capital projects. Customs and traditions dictate that it must be so, even if there is abundant evidence that the bereaved cannot afford the costs of the elaborate ceremonies demanded.

The same wasteful and demanding traditions apply to marriages. Even in the relatively conservative north these days, wedding ceremonies are becoming expensive undertakings with serious consequences on our attitude to corruption and social discipline.

Nigerians not only celebrate elaborate funerals and weddings, they also look upon both as reflections of social status of the individuals concerned without questioning their sources of income. But are we not setting the stage for corruption or wetting our appetite for it when we fail to see the injustices and zero value of those customs as they are presently?

And because we have set such very low standards for our cultural values, we award honorary doctorates and chieftaincy titles to drug pushers, rapists, kidnappers, pimps, prostitutes and armed/pen robbers without blinking an eye. We claw at their feet in submission and still expect the same characters to lead us out of our pathetic state of under-development in the name of cultural expediency.

We conspire in the election and anointing of certified rogues as our leaders and representatives and expect the country to transform to a bed of roses overnight. We wail at the state of our collapsed social infrastructure without recognizing our individual contributions to the rot. We hold dear to customs that belong to the Stone Age and expect to be modern states like Dubai, Malaysia, Japan and Singapore.

Bankers express the need to turn the country into the financial hub for the continent publicly, and then in the night they conspire to turn our financial institutions, which, ordinarily, should be the objects of public trust, into de-facto Aladdin caves almost overnight.

We turn integrity on its head in the name of ethnic, religious and regional affinity. We embrace gangsters. We honor their invitations to commit arson, and also spill blood for their inordinate ambitions to govern us. We dance to their tunes of ethnic bigotry and exhibit our stupidity by calling each other parasites/hangers-on. We are blind to class issues and even the nuances of social justice. We message their gigantic egos, and fail to see beyond the present.

Worst still, we allow the same rogues to shape the way we perceive important issues of national development through their ethnic prisms and itchy-fingers. With such primitive mind-sets, government policies and actions must first pass the test of ethnic or regional acceptability before they become acceptable to us!

In the recent past for instance, there was a deliberate attempt to brand the salvage action embarked by the former Central Bank of Nigeria governor, Sanusi Lamido Sanusi (presently the Emir of Kano) in the banking sector, as a northern agenda, even when the facts pointed to the contrary. Ibrahim Magu is doing a wonderful job in the EFCC to retrieve stolen public funds and properties but the deadly crooks and their rogue associates are shouting that it is a lopsided justice laced with political vendetta.

Today, without the slightest doubt, the extent of our cultural dishonesty is at its zenith. Our leaders and elites profess the wish for the nation to be among the twenty largest economies in the world by the year 2020, but privately they succumb to same old vices of nepotism and regionalism spiced with ethno-religious sentiment. They mock international best practices in their deeds and expect the world to take them serious.

For as long as we uphold armed and pen robbers, drug pushers, election riggers as well as ex-convicts as our role models in the name of regional or ethnic expediency, the more we will continue to be victims of under-development and social injustice.

And for as long as we fail to develop mutually acceptable norms of ‘right’ and ‘wrong’ in the manner we respond to serious issues of national development, the more smaller countries in the sub-continent with superior moral and social values will continue to regard us as big for nothing. Experience has proven that our leaders and elites are among the most corrupt species ever known to humanity, but unless each and every one of us resolves to change our cultural view of their excess, they will remain passengers in our rapidly sinking titanic and stand to be losers at the end.  But there is God, Allah dei.