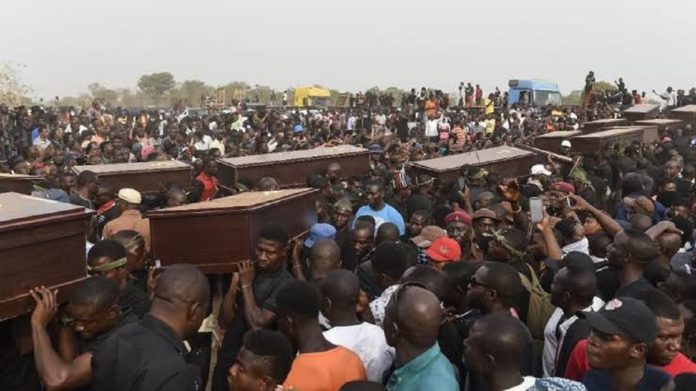 Any leader at whatever level of leadership from the family to the presidency of any nation or country that subscribes to peace, order, security and social normalcy to prevail, must first and foremost ensure that justice, equity and fairness are provided to the people unconditionally.

Peace and security without corresponding justice and fairness amounts to shadow chasing which is always a mere illusion. It was the legendary Reggae Artist, Peter Mackintosh in his Block Buster LP in 1976 who said, “Everyone is crying for justice, I don’t want no, peace, I want equal rights and justice”.

Tosh further said, “Everyone wants to go to Heaven, but nobody wants to die”. In the social context of what is happening across the globe today, egregiously, the rave of the moment at the United Nations and in respective countries and groups is peace, or peaceful co-existence, disarmament and nuclear non-proliferation. It is however, ironical or even paradoxical that all those calling for peace, are abhorrent to justice, fairness and equity for mankind except, of course a few like Islamic Republic of Iran, Palestine Liberation Organization, PLO and its splinter groups like Hamas, Hezbollah. Fatah, Aqsa Brigade etc. Interestingly, peace is said to be the twin brother of justice because there cannot be peace whether at homes or countries if leaders prefer to be unjust, unkind, inhuman and inconsiderate and indifferent to the true feelings or complaints of other members of the same closet or countries, thereby, showing utmost dismay, contempt, malice and disdain to them, which invariably, lead or led to vendetta, vindictiveness, anger, animosity, violence and aggression.

The Palestinian question is one apt example of injustice of man by man, because Palestinian lands have been forcefully occupied by the Israelis since 1948 when UN passed a resolution for a Jewish State of Israel, which has inexorably been appropriating and encroaching on lands hitherto owned by the Palestinians in the occupied lands of East Jerusalem, West Bank, Gaza, Golan Heights and others till date.

The UN has vehemently refused to act justly and fairly so that the Israelis could honorably withdraw either by coercion or persuasion from the occupied territories, now residences for Jewish squatters and other immigrants from Europe and elsewhere. Unfortunately, the jaundiced and biased silence by the world powers has led to the emergence of several aggrieved groups like Hamas, Aqsa Brigade and Hezbollah that enjoy massive support from the potential super power Iran in their struggle to free Palestine from the shackles of rapacious occupation by Israel which enjoys and prides unflinching support from UN and the US.

In Mali for instance, the state of Azawad is desired by the rebellious Tuaregs and the Ansar-Rudden Islamic insurgents who once captured the ancient cities of Timbuktu, Gao etc in northern Mali.

All these are cases or instances of prolonged agitations which came as a result of feelings of marginalization, victimization, segregation, denials and other forms of social and political injustices of the past by some clueless, wicked, carefree and indifferent persons that found themselves in leadership positions and promoted hatred, nepotism, corruption, tribalism, ethnicism which inevitably led to chains of reactions and counter actions that resulted into violence and bloodshed across Africa and the world.

Take for instance in Plateau state during the dark eras of Dariye and Jang. Former Governor Jonah David Jang in particular, was alleged to have misused the exalted position he occupied as a governor to fan embers of hatred against Muslims and Hausa/Fulani and watered animosity. In his myopic imagination, the populated Hausa/Fulani could easily be marginalized and frustrated to abandon their businesses and properties for the comfort of the Beroms. Unlikely for him, those hated and targeted for attacks had already achieved maximum satisfaction in their fields of endeavour. They were tagged settlers and denied access to good governance on the basis of ethno-religious difference. They resisted the unfortunate situation and remained determined, united and focused. With their votes, they distanced the Jang-sponsored group from power in 2015. Peace has gradually returned to the once violent Plateau.

The various governments at states and the federation know that some of the governors-past and present-have been responsible to the unpleasant situations going on in their states, just as former Sokoto state governor, Attahiru Bafarawa once said, “we must come together-past and present governors- to find lasting solutions to the coterie of socio-political violence going on in our Northern States”. One hopes the likes of Jonah Jang will be ready to honor such an invitation if offered for he appears beclouded by the frustrations of his tribal folk (Berom) adjudged as the laziest creation ever.

Actions of Jonah Jang against Islam and the Hausa/Fulani, remains one of the points that created misunderstanding and violence in Plateau State which was resisted by other ethnic nationalities. It is a fact that the sudden killing of Boko Haram leader, Ustaz Muhammed Yusuf, allegedly by the Police in Maiduguri on the directives of the then Borno State Chief Security Officer – Governor Ali Modu Sheriff, acting on the orders of the then Commander-In-Chief, late President Umaru Musa Yar Adu’a before jetting out to Brazil on July 29, 2009, ignited the insurgency Nigeria is witnessing today that has defied solution.

What aggravated the insurgency was the extra-judicial killing of the leader after he was captured alive by the military led by retired Major- General Maina.

Ever since that extra-judicial killing, several parts of Nigeria are yet to know peace, as all entreaties made to pacify and negotiate peace with the terrorist group like their counter parts in Somalia and Mali, have remained monumental failures.

Several sporadic experienced gun attacks, bomb blasts and suicide attacks have killed or are killing not only soldiers, police and other security operatives but, many civilians as well caught between cross fires or targeted.

The weird situation has not only affected social lives but economic as well as the people doing businesses are still counting losses in affected areas.

The socio-political infraction and fracture being witnessed today in Nigeria, though lamentable, sad and condemnable because innocent lives are lost intermittently, genuine efforts must be made and, or intensified by governments across the board to instill the fear of the Almighty in the polity and reinvent our politics so that persons of good character, uprightness, kindness, selflessness, righteousness and proven morality are involved in whatever politics we practice, or machinery for peace making and resolution are constituted. For instance, in Plateau State, what is, desperately needed for the state to bounce back to its former status as the darling of all, is to have God-fearing and compassionate leaders the likes of Gen. Jeremiah Timbut Useni to pilot our affairs; this will be the recipe for good governance based on the principles of justice, equity and fairness.

Nigeria had all manners of crooks, thieves and vampires on the corridors of power steered the ship of governance, it was doubtful if they could make any impact to lead and be followed with sincerity. But with the APC change mantra, it appears there is light at the end of the tunnel.

As Bernard L. Montgomery once defined Leadership, “it is the ability and capacity to rally men and women around you to achieve common goals and objectives”. But honestly, one wonders if today’s leaders in the Commonsense Revolution for Change in Nigeria, apart from President Muhammadu Buhari and few others have the capacities to rally men and women for common goals to achieve results as Montgomery postulated. With an adjudged sincere leader now piloting the affairs of Nigeria, it is now the time for a rethink and foundation laid for the rebuilding of a better Nigeria.

Sadly enough, it seems some of the present crops of leaders have not gotten the capacities to rally men and women for common goals and objectives.  This is the crux of the matter. They seem to rally only corrupt goals and objectives, hence, making them to lose respect, honor and loyalty from the greatest majority of the followers.

As Bentham once said, “politics is about the provision of the greatest services to the greater majority of the people”.

In the Nigeria of this generation, politics has been defined and narrowed to the “provision of the ictates from outside and family members at the detriment of the majority. This can best be defined as oligarchy razy”.

The political gladiators in Nigeria are simply anti-people, anti-progress, neo-capitalists and mainly agents of oppression and suppression. They have succeeded in infiltrating our socio-economic lives whereby they silence everybody by their crude methods as emboldened, for example, in Robert Greene’s 48 Laws of Power – which is devilish, wicked, and totally un-Godly. May the Almighty save Nigerians from such wicked barbaric leaders; Ameen.

Finally, it is instructive to remind our leaders that there can never be any meaningful development if there is no peace and harmony including enjoying the loot they looted. There will be no peace without social, economic and political justice across the land in every stratum of our lives.

Peace and justice are intertwined and indeed interwoven. They go hand-in-hand whereas they complement one another. It becomes therefore imperative to pursue peace, justice and progress collectively but first and foremost, the leaders must show the way. We have the option to shun violence and embrace peace if we are desirous of living together as one indivisible, indissoluble and united country under one Creator as reflected in the second stanza of our National Anthem, “O God of creation, Help our Noble cause, etc”, or indeed as embedded in our Fundamental Objectives of chapter two (2) of the 1999 Constitution (amended), with reference to section 14(1) which says, “Nigeria shall be a democracy based on the principles of social justice”.

It is indeed correct to say, therefore, that there cannot be peace –perfect and enduring one-without justice.

This serves as a wake-up call to Nigerians in general. All the current challenges in our socio-political lives as a nation and people could be addressed and resolved if we all agree to promote, encourage, patronize and imbibe justice, equity and fairness in whatever we say or do because who kills justice breeds injustice and violence. Our law enforcement agencies should take note. We can all decide out of frustration of extra-judicial killings take to reprisal action through jungle justice.

Muhammad is a commentator on  national issues