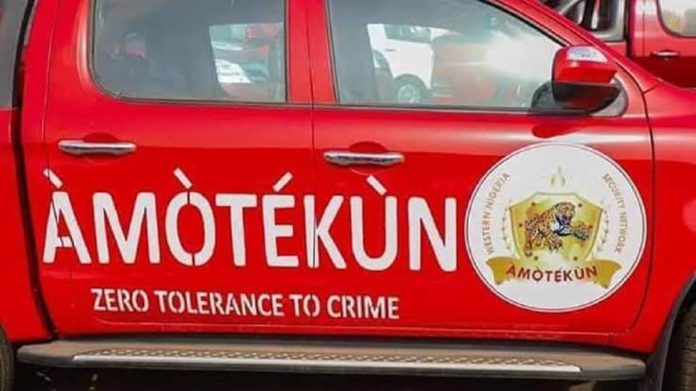 We can not attach importance to any statement credited to Miyyeti Allah group’s faction known as Miyyeti Allah Kautal Hore because it always lack substance and many of their comments had been rescinded times without number by respected Northerners.

AMOTEKUN security outfit launched by Southwest governors has nothing to do with politics.

It was done with undefiled intention to put an end to unending menace of criminals that had been unleashing terror continuously in Southwest region.

Important personalities including Northern governors have lauded the idea, vowed to emulate our region by setting up similar security outfit to curtail criminality in the Northern.

The issue of safety of lives and properties have to be tackled collectively by shunning political, religious and ethnicity differences to fight Nigeria’s common enemy.

No right thinking Nigerian would prioritized politics over insecurity.

The so called Miyyeti Allah Kautal Hore’s statement made through its national secretary, Alhassan Saleh that AMOTEKUN would cost Southwest 2023 presidency far below intelligence of an average elite in the Northern Nigeria.