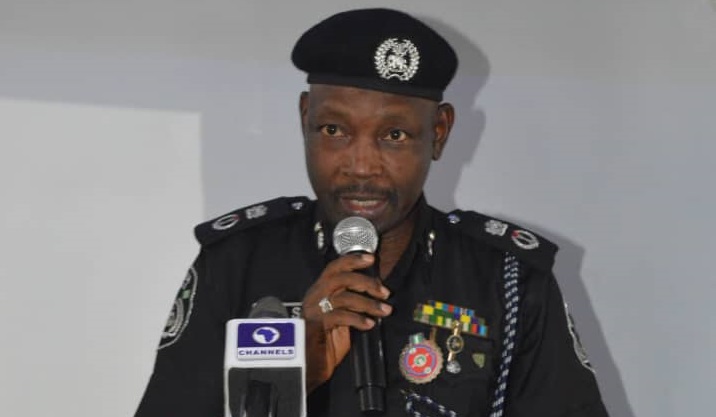 The is not the best of times for hoodlums, criminals, kidnappers and insurgents in Kano as the new Commissioner of Police in the state, Mr. Habu Ahmadu Sani on Monday, said he is deploying modern gadgets, information technology, community policing strategic, combined with effective and boosted manpower to keep the state 24 hours crime-free.

Habu who spoke to press men, shortly after a special meeting with senior police officers in the command, advised hoodlums, drug barons and peddlers, kidnappers and other forms of criminals to turn a new leaf or relocate from Kano as there will be no hiding place for them.

The Police boss said sophisticated gadgets and crime-detecting mechanism would be put in place to track up criminals and their nefarious activities.

According to him, “we shall integrate the key elements of modern crime control and conflict management in our policing efforts. This may include but not limited to prolific offender management, crime hot-spots policing, intelligence-led and predictive policing.

“The integration of these policing methods shall be directed at effective prevention of crime, violent conflicts and decisive response capabilities.

“The Public Relations Department of the Command will be strengthened to achieve its mandate and meet the demand of the dynamic and commercial Kano State.”

He added that already, he has held a series of meetings with heads of departments and Divisional Police Officers, pointing out that, “each and every area in the state was demographically examined and crime mapped. An Action Plan has been designed and will be implemented in the fight against all forms of crimes and criminality in the State.

“I have lectured and directed all Heads of Departments, DPOs, Tactical Commanders, other supervisory officers and personnel to work professionally in accordance with the provisions of the Police Act and Regulations, the Constitution of the Federal Republic of Nigeria, respect for Human Rights and Rule of Law.”

The Police boss insisted that, “community Policing and Problem Solving Approach will be properly adopted to Police the State.

“A social media section was established to monitor, engage and promote policing activities in the state. Programs and workshops will be organized for interactive engagements between the police and social media activists to enhance the capacity of the Police Public Relations Office Personnel.

“To be accountable to the good people of Kano State, in the Command’s Public Complaint Desk, channels of forwarding Complaints against the conduct of Police Officers are being improved with Networking Systems for receiving instant messages and calls for prompt response.”

He further stated that, “with the feat achieved after the launching of Operation Puff Adder by the Inspector General of Police, the Command Teams will be further enhanced for an Intelligence-led Operations using available Human and Technical Intelligence, Capabilities and Assets in the fight against Crimes and Criminality in Kano State.

“Similarly we intend to lunch the ’’Police Campaign against Daba and other Vices’’ (POCADOV), campaign in schools, market places, town hall meetings, workshops and utilization of Media Platforms to end the menace of Daba, Drug Abuse and other social vices in the State.

“I appreciate the good people of Kano State for their prayers, supports, encouragements and cooperation. Let me be loud and categorical that, there will be no hiding place for any criminally minded person/persons.

“By the grace of Almighty Allah, we shall collectively blitz to surmount any emerging security challenge in tune with the Inspector General of Police’s Vision and Mission.”

After the mandatory primary and secondary school education from 1971 to 1982, he  attended the prestigious Usman Danfodiyo University Sokoto where he obtained his B.sc (Education) in Geography from 1985-1990. Did his one year National Youth Service Corps(NYSC) at  GSSS, Ganye, Adamawa State (formerly Gongola) 1990/91.

He joined the Nigeria Police Force as Cadet Assistant Superintendent of Police and did his training at Police Academy Annex Kaduna from 18th May, 1992.

Since then, he occupied various positions and posts in the Nigeria Police Force both within and outside Nigeria: He served as Divisional Crime Officer (DCO) Divisional Police Officer (DPO) and Officer In-charge of Intelligence Bureau in various states of the federation which includes: Jigawa, Kebbi  Cross-river and Niger States as well as Ports Authority Police Command  Officer In-Charge ZIB Zone 6 Calabar and Facilitator/Course Officer at the Police Intelligence School, Enugu.

In acknowledging his hard work and Successes recorded in the fight against Crimes and Criminality across the Country, he was posted to head IGP- Monitoring Unit at Force Headquarters Abuja and promoted the Rank of Commissioner of Police. The office is directly responsible for supervision and coordination of sensitive Intelligence and special tactical operational outfits as well as referred investigations of the Nigeria Police Force through the ISP’s office. Some supervised and coordinated outfits include, the Technical Intelligence Unit (TIU), Analytical Tracking and Interception Centre (ATIC), Intelligence Response Team (IRT), Special Tactical Squad (STS), Terrorism Investigation Bureau (TIB) among other duties and responsibilities.

Prior to his posting to Bauchi Command, he was the Commissioner of Police,   Force Intelligence Bureau (FIB) FHQ Abuja and at the same time *deputy coordinator of the intelligence arm of Operation Puff Adder* that was recently launched by the Inspector General of Police, IGP Mohammed Abubakar Adamu, NPM, mni, to checkmate crimes across the country. He is now Commissioner of Police in charge of Kano State Police Command.

The Conduct of Humanitarian Relief Operations included: Principles of Intervention and Management; and eleven (11) other courses under same Institute.

He is a member of professional bodies such as:Fellow of Institute of Cooperate Administration (FCAI); AWARDS AND COMMENDATIONS. CP Habu Sani Ahmadu is a recipient of many certificates of commendations and awards, both within and outside the country due to his hard work and selfless service such as: United Nations Peace Keeping Service Medal(UNMIS) Sudan;United Nations Commissioner of Police’s commendation for training the local police in Bentiu South Sudan;AIG’s Letter of commendation for dedication to duty tenacity of purpose, timely and graphic intelligence report; AIG’s letter of commendable service to the Nigeria Police; Best DPO of the year award in Jigawa State 2001.

A seasoned Police Officer CP Habu Sani Ahmadu has successfully supervised and Coordinated Tactical and Intelligence Response Team Operations which led to the arrest of high profile criminals and recovery of large cache of arms and ammunition. He is happily married and blessed with children.