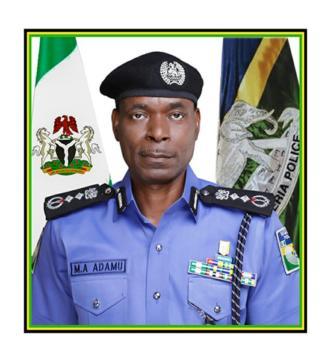 Onitsha – The office of Assistant Inspector-General of Police, AIG, Zone 9, Umuahia has been served with a court order mandating the police to release to one Chukwunenye Nweke, an accused person, all the documentary evidence of investigations conducted by a Crack Squad and Monitoring Unit of the zone, before the next adjourned date.

The court order was served to the AIG’s registry at Zone 9 Headquarters, Umuahia,, for onward transmission to the AIG himself, by a bailiff attached to Chief Magistrate Court, Awka, Anambra state, accompanied by the accused person, Nweke who is facing a criminal charge before the court on a two-count charge of defamation of character, intent to intimidate and annoy, threat to kill or harm one Anuli Aguiyi.

The order to avail the accused person of all the documentary evidence was handed down to the police by a Senior Magistrate Court sitting in Awka, Anambra state, presided over by Hon. Mike Anyadiegwu, following a motion to that effect by Nweke.

Hon. Anyadiegwu had in his ruling, granted the motion compelling Anambra state police command and Zone 9 command, Umuahia to release the documents to Nweke, forthwith.

After ordering the police to avail all the documents to Nweke, the court then adjourned further hearing of the substantive charge to December 10, 13, 18, 20 and 23, this year.

Nweke,, a middle-aged man had through his legal counsel, S. I. Obinwa Esq., brought the motion before the court, pursuant to Section 185 (2) of Administration of Criminal Justice Law of Anambra state, 2010 which stated that the prosecution shall on demand, avail to the defendant or accused person all documents they intend to rely on in the trial.

In the Motion No. MAW/CR/52c/2019, the defendant had prayed the court to compel the police to avail him all the documents in their custody for him to rely on to defend himself from the charges preferred against him.

According to the motion, in criminal proceedings, the law does not allow the prosecution to ambush the defendant by hiding documents that will enable him to defend himself, adding that the law views it so because the liberty of the defendant is at stake.

In the charge No. MAW/97c/2019, the prosecution alleged that the accused person, Nweke had in May, 2018, at Awka in Awka Magisterial District, did carry out a defamatory publication where he stated that the complainant, Mrs. Anuli Aguiyi obtained judgement against him by fraud, or inducement of the judge, a fact he knew was false with intent that it may be read or seen by her or any other person which has caused damage to her reputation.

The prosecution also alleged that the accused person had on the same date and venue, with intent to intimidate and annoy, threatened to kill or harm Aguiyi over the judgement against him in Suit No. A/MISC./3CS/2017, adding that the offences were contrary to Sections 325 and 120 (a) of the Criminal Code, Cap. 36, Revised Laws of Anambra State of Nigeria, 1991.

While the court ruling lasted, the accused person dramatically hung some placards on his neck and shoulders which read in part: “there is no law proscribing the use of press to publish verifiable crime. Thus, AIG Zone 9 police command, Umuahia should stop infringing on my fundamental human rights as a suspect simply because I indicted his officers of corruption”.

The inscriptions further read in part: “As a criminal suspect, I have the fundamental rights to fair hearing and trial adequate time and materials to defend myself. The police should know that laws are not made against credible news but fake news”.