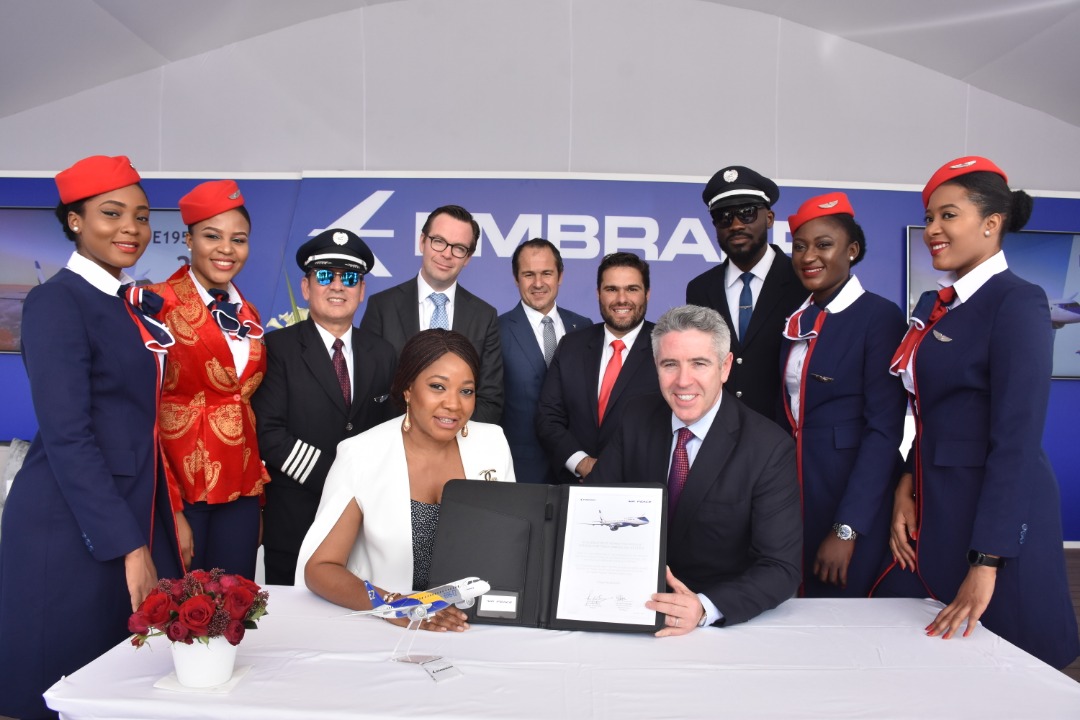 Air Peace Airline says it has signed a contract with Embraer for three additional E195-E2 aircraft, worth $212.6 million.

The company said in a statement on Sunday in Lagos that the contract confirmed the purchase rights from the original contract signed in April.

It said the new E195-E2s would be included in Embraer’s 2019 fourth-quarter backlog and the $212.6 million was based on Embraer’s current list prices.

The News Agency of Nigeria (NAN ) reports that the E195-E2 is the largest aircraft in the E-Jet E2 family.

It has been designed to maximize returns and efficiency on high-density routes with its high-aspect ratio wings and swept tips, combined with other aerodynamic improvements.

According to Air Peace, the airline will be the first E-Jets E2 operator in Africa.

Air Peace’s firm order, announced in April this year, is now for 13 E195-E2s with 17 purchase rights for the same model.

It also said the first delivery had been scheduled for the second quarter of 2020.

Speaking on the purchase of the aircraft, Chairman of Air Peace Airline, Mr Allen Onyema, said the E195-E2 was the perfect aircraft to expand the company’s operations in Africa.

Onyema noted that the new order was a further confirmation of the airline’s ‘no-city-left-behind initiative’ which the company shall continue to execute.

“We look forward to receiving our first aircraft, which will enhance connectivity in Nigeria and the African region, while feeding long-haul flights from our Lagos hub.

According to him, Air Peace is the launch customer for Embraer’s new premium staggered seating option.

“We look forward to supporting Air Peace’s growing E2s fleet and to deepening our fruitful partnership.

“That experience with Embraer’s products and services, including the pool programme, and the undeniable economic benefits of right-sizing aircraft for the mission, was a key factor in selecting the E2.

“Air Peace’s E195-E2s will be configured in a comfortable dual class arrangement with 124 seats,” Villaron said.

Air Peace operates more than 20 local, regional, and international routes and has strategic plans to expand those routes.

Embraer is the world’s leading manufacturer of commercial jets up to 150 seats.

The company has 100 customers from all over the world operating the ERJ and E-Jet families of aircraft.

For the E-Jets programme alone, Embraer has logged more than 1,800 orders and 1,500 deliveries, redefining the traditional concept of regional aircraft.