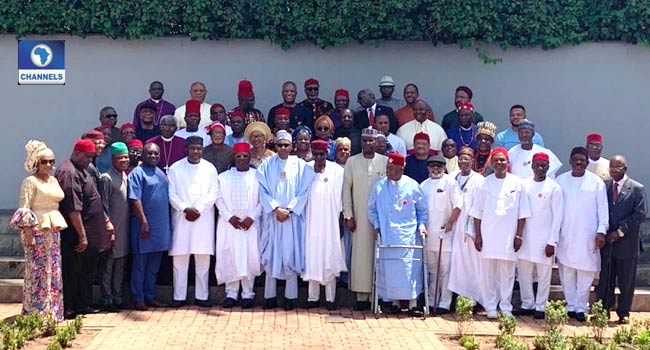 South-East leaders including governors on Thursday met with President Muhammadu Buhari at the State House Council Chambers in Abuja.

The leaders during the meeting called for special Federal Government intervention for the speedy completion of the Enugu International airport and rehabilitation of federal roads in the region.

They also want a state of emergency to be declared on the roads in the South East.

The Chairman southeast governors forum and leader of the delegation Dave Umahi of Ebonyi State made the request during a meeting with President Buhari.

The meeting later entered into a closed-door session.

Also in the State House for a meeting with the president are governors of the South-South region. They include Nyesom Wike of Rivers, Seriake Dickson of Bayelsa and Ifeanyi Okowa.