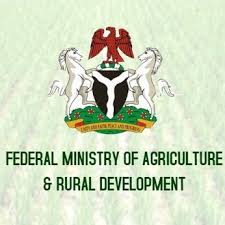 She stated that the country had gone into value addition of its commodities from the North to the South.

Habib said this in an interview with News Agency of Nigeria (NAN) on Thursday in Abuja against the background of the World Food Day.

”We have attained food sufficiency; all we need to do is to blow our trumpet because no foreigner will tell anybody what is happening in the country.

“Looking at all that is happening in agricultural sector, we have gone into value addition of all our commodities from the North to the South, all over the country we have added value to all our products,” she said.

She said that farmers were now happy as they began to make money from seed products and crop production.

”Most of the farmers are women and youths, we have trained them, we have empowered them and they are happy.”

Habib said that the border closure remained one of the best decisions in the country’s quest for food sufficiency, stressing that the citizenry now eat what the people produced.

She noted that the country’s food is healthier and now Nigerians consumer healthy food and the farmers were happy.

“When we bring imported food into the country our own foods go nowhere, there is no market for us but now there is market, farmers are making more money.

“I am a farmer and I know how much I sold my seeds maize and cowpeas recently,” she said.

On the high prices of goods, she stated that it was expected and a normal occurrence because the border is closed, adding that the prices would soon crash.

The Director of PCU disclosed that it had trained and empowered a minimum of 18,000 farmers in the country, adding that this include both the youths and the women.