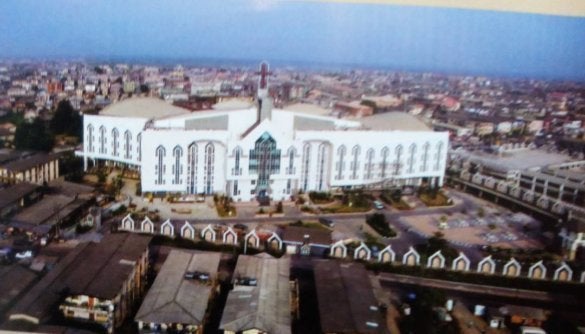 In an efforts to inspire teachers to become role models to their students and the society, the Deeper Life Bible Church, Bauchi State, is to organise a Christian Teachers Strategy Conference for over 1000  Christian teachers in the state.

This was disclosed by the State Overseer. Pastor Adeniyi Haasan, who is the convener while briefing Journalists at Deeper Life Church, behind bAbubakar Tafawa Balewa Stadium, Bauchi yesterday.

Pastor Hassan explained that the conference, slated to hold on Saturday November 2, would be declared opened by the state Commissioner for Education, Dr Tilde.

According to him, the conference with the theme Teachers Role in Raising Tomorrow’s Leaders, would be anchored by seasoned Christian ministers and experienced teachers for participants’ maximum benefit.

The state overseer said that the conference was informed by the

importance of envisioning and equipping teachers to be well positioned or their “wonderous role”.

He overseer said further that, “tomorrow’s leaders must be raised by today’s teachers as Mordechai raised up Esther who became the

instrument of national liberation for her people of Israel when Hamman

plotted to wipe them out”

Pasttor Hassan said: “It is a state-wide event that will bring

together both primary and secondary school Christian Teachers in the

“The teacher is of great influence because he affects, influences and

envision  and equip, them more so the teachers produce all other

“The teacher must be given his place in society. The his Conference

“We need to also exalt and elevate the profession because some of them have been discouraged. We want to encourage others to see that the teaching profession is important to Bauchi State and the nation and

thereby encourage that they will stick to the job and be committed to it.

“The conference will equip teachers through seminars, symposium, talks that will further enlighten and educate the teachers top see the

seriousness of their role to the society. We have sent out letters of

invitations to churches and schools across the state to invite

teachers to invite this important conference”