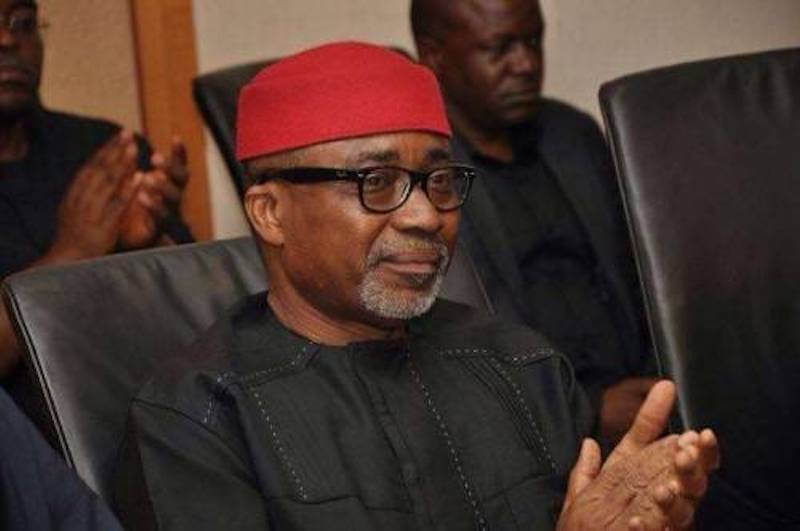 The Minority Leader, Enyinnaya Abaribe has accused some members of the Nigerian Army of conniving with kidnappers in the country.

The Senator from Abia made the accusation on Wednesday, October 2, while speaking on a motion by Senator Dino Melaye on increased killings and kidnappings along Abuja/Kaduna highway.

Melaye had cited Orders 42 and 52 and had informed the Senate about the recent activities of kidnappers along the Lokoja-Abuja road.

“We need to call on our security operatives to save Nigerians. We, as a Senate, stand to protect lives and properties.”

However, Abaribe said that soldiers had a good track record in checking crimes, such as kidnapping.

“Sometime in 2008, we raised a motion on Abia state and the President agreed and sent soldiers. They helped reduce the kidnapping.

“But all of a sudden, we now see that some soldiers are helping kidnappers which we can’t even say, let us handover to them. We are in a very big and difficult situation. We sympathise with the people killed.”

Abaribe also flayed the federal government for the state of security, urging it to take up its responsibility as mandated by the constitution.

He said: “What else do we do asides getting up and making this presentation? As I stand before you, I do not know but I can only say what is that abnormal thing we will do?”

In a similar vein, Senate President Ahmad Lawan has said that, in order to end incidence of kidnapping on the nation’s various highways, the Senate must insist that “uniformed people” do not use the train.

Rather, he said, they should allow the ordinary people to use the train.

He recommended that the nation’s security architecture must be restructured, while more funds must be made available.

He added that the nation must also insist on transparency and accountability in the management of security votes.