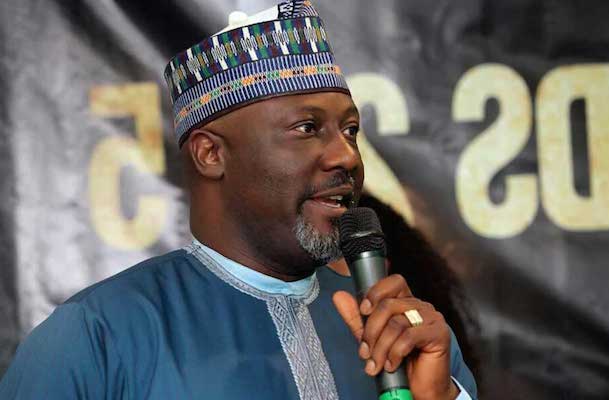 A political activist and former Deputy National Publicity Secretary of the All Progressives Congress (APC), Comrade Timi Frank, has insisted that the Peoples Democratic Party (PDP) would lose the forthcoming Governorship election in Bayelsa state for “choosing to field a weak candidate.”

He therefore congratulated the candidate of the APC in Bayelsa state, David Lyon, ahead of the elections.

Frank in a statement in Abuja on Friday, noted that the APC’s candidate is better placed to win the elections in view of the fact that the PDP has curiously chosen to field a weak candidate against the APC’s flag-bearer.

“APC will win the forth-coming  governorship election in Bayelsa State seeing the weak candidate (Governor Seriake) Dickson and the PDP have chosen as their flag-bearer,” Frank said.

“It is not my wish for the APC to win the forth coming Bayelsan governorship election in November as I am not a member of the APC neither am I a supporter of the party, but from the look of things, the choice made by Dickson and the PDP is  not inspiring. Actually, it’s disappointing,” he said.

He noted that this was not the first time he is toeing this path.

Frank said: “I want to remind those that are surprised that this was the same position I took against my former party, the APC in 2015, when the former governor and now the Minister of State for Petroleum, Chief Timipre Sylva was nominated. He lost the election.

“History is about to repeat itself albeit in PDP because it is making the same mistake that the APC made in 2015.

“Therefore, the handpicked PDP’s candidate will lose the forth coming governorship election in Bayelsa State.

“To prove my point, it could be recalled there was neither excitement nor jubilation from Bayelsans after the ‘arrangee’ primaries that produced the PDP’s candidate.

“The adhoc congress already programmed him to win, Bayelsans and PDP know that there was no congress in Bayelsa as it was programmed in a way to favour him. PDP will regret its action as it will son boomerang against them.

“Bayelsans had looked forward to a formidable candidate in the person of Chief Timi Alaibe but some powerful forces from the PDP’s NWC and Governor Dickson traded Timi Alaibe for a weak candidate for selfish reasons to enable the APC to take over the governorship of Bayelsa State.

“I am pained to see that Bayelsans will have no choice than to vote for APC which has a better candidate.

“Bayelsans should hold Dickson and PDP’s NWC responsible for the imminent APC’s victory in the state.

“I would have loved the PDP’s candidate to win as he is from my constituency but it is not feasible as this is a man that lost his local government during the last election.

The Bayelsa-born activist also commended and congratulated Timi Alaibe for his statemanship, adding that Alaibe has shown to be “a true leader but for those that collaborated and stole the happiness and joy of Bayelsans by manipulating the primaries, should beg for God’s forgiveness otherwise posterity will judge them for making Bayelsans go through such pain.”

Frank urged Alaibe’s supporters to remain calm, believing that a direction of whom to vote at the November 16th governorship election will soon be revealed.

“The PDP knows very well that the APC is desperate to win any of the South-south states, yet they decided to field a weak candidate, thereby giving APC the victory through the back-door. The result of the election will serve as a lesson for PDP to learn to present a stronger candidate the next time.

“Instead of PDP to prepare to win more states, they are going to lose more if they continue this way due to selfish reasons. I know that truth is bitter but I will always stand by the truth,” he said.