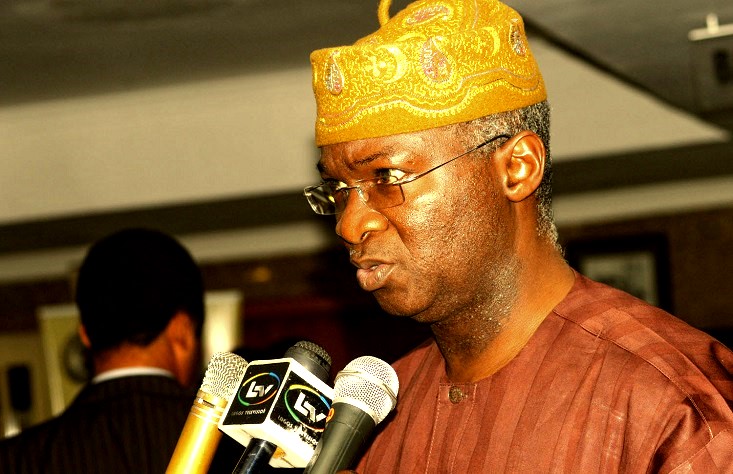 Works and housing minister Babatunde Fashola has alerted members of the public to a fake Facebook account opened in his name and warned people against falling prey to the antics of the scammers behind it.

Fashola, in a statement by Mr Hakeen Bello, his Special Adviser on Communications, said that the fake account, which had his name and picture, was opened by dupes and scammers.

The statement was made available to the News Agency of Nigeria (NAN), on Sunday in Abuja.

“The minister has, on several occasions in the past, disclaimed such fake accounts,” the statement said, and  reiterated that Fashola’s verified Facebook account remained @BABATUNDEFASHOLA.

It said that the latest fake account set up in the former Lagos State Governor’s name claimed that the Federal Government was giving out the sum of N700,000 to youths and young adults to enable them pay school fees, set up businesses and invest in businesses, among others.

“Part of the publication written in very poor English by the scammers read:

“All the Nigeria Citozings of All the and Local Government in Nigeria Are Beneficiary of the Federal Government Money Enpwoerment to Empower the Youth to Pay There School.

“Adult to do Business Etc. Contact Number 08035339533). Good News…To All Nigeria Youth and Adult… Federal Government is Giving Out N700,000 Free Cash Transfer To All To Empower the Youth Further Their Educations, Open Good Business and Learn Good Works.

“Call Mr Adebayo Kola , the Federal Government Cashier on 09035339533. All the Nigerian Citizens of All the States and Local Governments …” Bello said.

Bello quoted the minister as describing the activities of the  scammers as “unfortunate”, wondering why people still fall prey to the scammers “in spite of repeated warnings and disclaimers”.

The statement said that the warning became necessary in view of the increasing activities of the scammers.

It advised members of the public to always clarify with the appropriate agencies of government before engaging in any dealing with people purportedly working for them.

It also urged people to report to the law enforcement agencies so that those involved in the nefarious acts could be brought to justice.