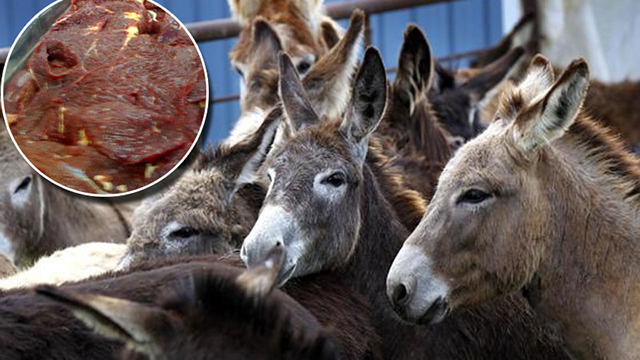 The Abuja Environmental Protection Board (AEBP), has decried the rampant sale of donkey meat in the Federal Capital Territory.

Malam Baba Lawan, Director, AEPB, in a statement on Sunday in Abuja, also decried the unhealthy state of meat brought into the FCT for sale to residents.

Lawan, in a statement signed by Malam Muktar Ibrahim, Head of Information and Outreach Programme Unit of AEPB, said that the situation had become “totally unacceptable”.

“There is no guarantee of the health status of the meat brought in from the states, unfortunately the jurisdiction of FCT inspection and regulatory agencies does not extend to other states,” the statement said.

Lawan directed the Department of Monitoring and Enforcement to seize and destroy any fresh meat from outside brought for sale in FCT.

“We are determined to protect public interest and not to run anyone out of business.

“We don’t want any economic loss to anyone but there is no going back. The policy has already been approved by FCT Administration. What we want is to upgrade the meat value chain.

“As a budding world class city and capital of Africa’s most populous nation, Abuja attracts a lot of local and foreign dignitaries, therefore, it deserves nothing but the best, especially in food quality.

“Thus, the meat that is consumed in the FCT must meet global food safety standards,” he declared.

The statement also quoted Dr Regina Adulugba, Director, Veterinary Services, in the Agriculture and Rural Development Secretariat, as saying that it was unacceptable that FCT should be left behind while other states had since upgraded their Meat Haulage Policy.

`As soon as ministers settle down, the FCTA will declare an emergency in its Abattoirs and slaughter slabs to ensure that every animal slaughtered in FCT is healthy and safe for human consumption.

“Many of the butchers bringing in fresh meat into FCT today operated in the FCT before absconding to the states.

“It is quite disturbing that their movement out of FCT coincided with intensification of meat inspection and supervisory rules in FCT.

“They are free to operate in the states, but FCT should never be turned to a centre for dumping unhealthy meat. We won’t allow that,” the statement said.