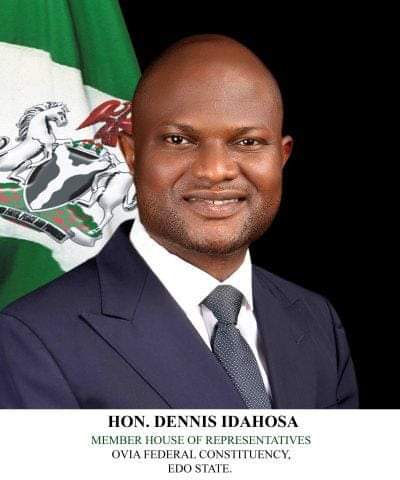 The Edo State Election Petition Tribunal on Sunday upheld the election of  Hon. Dennis Idahosa of the All Progressives Congress (APC), as winner of the Ovia Federal Constituency election in Edo state.

Omosede Igbinedion of the  People’s Democratic Party (PDP), had filed a petition before the tribunal challenging the declaration of the Hon. Idahosa, by the Independent National Electoral Commission (INEC).

Idahosa of the APC who is the House of Representatives’ Chairman, House Committee on Legislative Compliance, polled 28,509 votes to defeat Igbinedion who scored 23,345 votes.

Omosede Igbinedion had asked the Tribunal to declare her winner of the February 23, 2019 National Assembly  election.

She allegd that Idahosa was not qualified to contest the election, and that he did not score majority of lawful votes and that the votes allocated to him should  be declared invalid.

The Petitioner further alleged the Idahosa had acquired a Canadian citizen, sworn allegiance to the country, an employee of the Ministry of Environment and did not resigned before the election.

She added that there was over-voting, electoral fraud and non compliances with Electoral Act during the election and therefore  should be declared winner.

In its ruling, the Justice L. O. Ogundana-led Tribunal, dismissed the petition for lacking in merit.

The Tribunal noted that there is no iota of truth in the petition that can withstand the election.

“All the allegations have not been proven, not to talk of proven beyond reasonable doubt. There is no iota of truth in the petition that can withstand the election. Therefore, the petition is hereby dismissed,” the Tribunal said.

Speaking with journalists, Hon. Idahosa, described the judgement as victory for the people and democracy.

He added that the victory will spur him to work for the people and take Ovia Federal Constituency to the next level.