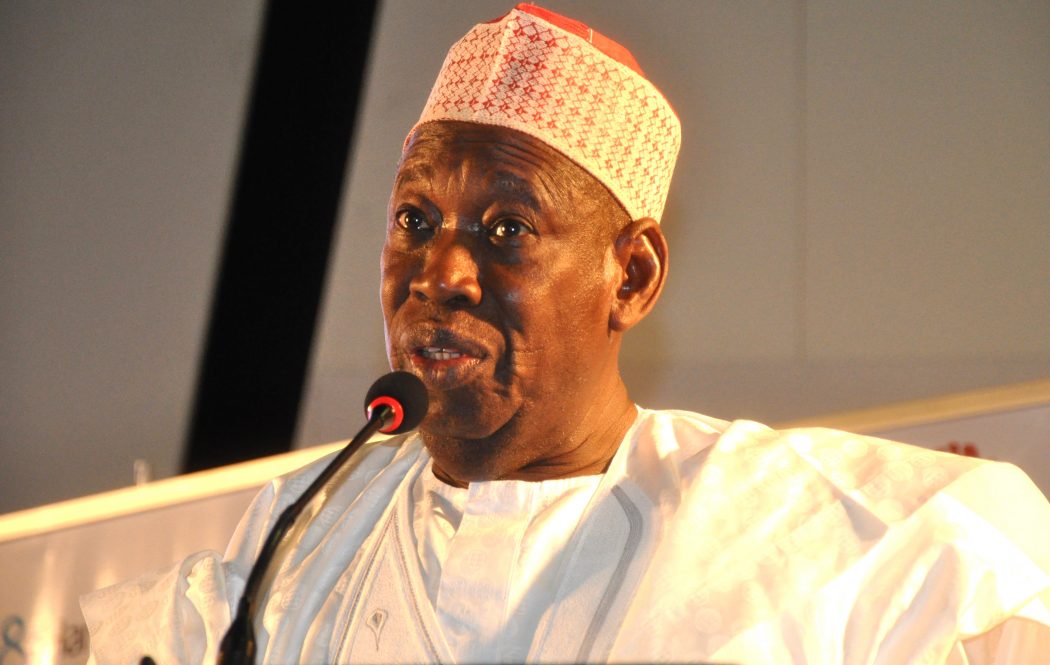 ADDRESS BY THE CHIEF PRESS SECRETARY TO THE GOVERNOR OF KANO STATE, ABBA ANWAR, ON THE CELEBRATION OF WORLD YOUTH DAY, AS DECLARED BY UNITED NATIONS, MONDAY, 12th AUGUST, 2019, HELD AT GOVERNMENT HOUSE, KANO

Our dear state is celebrating this all-important day through showcasing the feats we achieved in youth development. An aspect of the population that is considered as the bedrock of our growth and development.

The administration of Dr Abdullahi Umar Ganduje has been up and doing, since from his first tenure from 2015 – 2019, in the area of youth development, by way of putting  in place genuine empowerment programmes. And  immediately after his inauguration for the second term in office, he vows to continue with the good work. As recorded in all other areas.

Because of our worry with the extent of persisting rate of unemployment among our youth, who are productive and only waiting for the right leader and implementable policies, we as a government, come up with policies and programmes that will pave way for our youth to explore the numerous opportunities in the entrepreneurship that is being explored tremendously in other developed societies.

It is such negative trends with our unemployed youth that which resulted in some of them jumping into the menace of drug abuse. While others are lured into seeking greener pasture in Europe and other places, who ended up being captives of their poor decision in the hands of traffickers, or being drown in the Mediterranean Sea.

To arrest this trend, the government of Dr Ganduje embarked on several and humane empowerment programmes for our youth, to be self-suffcient, self-controlled and become responsible for the development of their immediate families, the larger society and the nation in general.

In order to squarely address the problems our youth have been facing, we decided to collaborate with federal government, the private sector and development partners in different areas of skills acquisition development and empowerment.

Because of the importance we attach to them and because of the sustainability sake of such programmes, this administration partners with organisations and other non-governmental organisations, in a collaborative effort that can and will make our youth enterprising.

We thought deeply in changing the mindset of our dear youth towards embracing entrepreneurial engagements as a viable option in avoiding societal problems such as drug addiction, poverty, unemployment and other disturbing and equally degrading social malaise confronting us all.

Ours is to always see that our youth are empowered, trained and become self-reliant through various entrepreneurship programmes, as well as capacity building to create clear corridor towards making them to remain productive.

It is the deeper and genuine concern we have for our youth that we are determined to make it a catalyst for metamorphosing our society to greater heights and to become a turning point for addressing the problems of our youth, that, this administration comes up with many people-oriented programmes.

While acknowledging that our youth are the major human resource for development and key agents for meaningful social change, economic growth and technological innovation and breakthrough, we decided to have special interest and make priority attention to youth inclusiveness in decision making.

We are all doing this, just to tally with the Universal Declaration of Human Rights, which lays emphasis on the provision of necessary tools such as information and education to be a springboard for acquiring vital life skills.

Below are some of our interventions in this all-important area of youth development :

1 – The state government used the sum of Two Hundred and Fifty Eight Million Naira (N258m) for the construction of  Community Skills and Development Centres at Rumfa College, Kano and Dawakin Tofa. Under this, MAFITA a DFID programme, has provided the equipments and Master Craft persons for the Centres. We started with 360 apprentices.

2 – About Four Billion Naira (N4b) was used for the construction and procurement of modern equipment of an Ultra-Modern Integrated Skills Acquisition Centre at Gurjiya town of Dawkin Kudu local government. The Centre provides 24 forms of trades. The construction is done and almost all the machines and equipments are procured. They have all being installed. The Centre is only waiting for commissioning.

Very soon those who will work with the new installed machines would be taken to United Kingdom for specialised training on how to use the modern machines. All the machines were procured from the United Kingdom.

4 – We sent 75 youth for auto mechanic training with Peugeot Automobile Nigeria,  Kaduna, in Batch I. In Batch II the state government sent 150 youth. Of which 100 were male and 50 females. They all graduated since. And auto mechanic garages were constructed for them at different locations in the state.

Batch III of such youth are currently at PAN Kaduna for the same training. We believe that it is high time for us to get modern way of servicing or fixing our vehicles. We train them and then empower them.

5 – Kano state government, in collaboration with the Office of the Senior Special Assistant to the President then, in 2018, on Sustainable Development Goals in partnership with United Nations Human Settlement (UN-HABITAT) for the training of some selected youth on Renewable Energy Technologies and Green Entrepreneurship.

6 – The state had a One Day Google Digital training for 7,000 youth that was conducted across the state.

7 – State government invited some unskilled youth 8,800 males and were given the sum of Twenty Thousand Naira (N20,000) each as start-up capital for small businesses. They were selected from across the 44 local governments of the state.

Similarly 6,600 female youth were also chosen from across the 44 local governments and were given the sum of Fifteen Thousand Naira each (N15,000) as start-up capitals for small businesses.

8 – A total number of 4,400 street hawkers were selected and were given the sum of Twenty Thousand Naira each (N20,000) as additional capital for the growth of their businesses.

9 – About 8,000 youth were selected as beneficiaries of Agri-Business/Small and Medium Enterprises Investment Scheme, which started with the flag-off of 5,000. That is out of the 45,000 potential beneficiaries slated for the programme.

10 – Young pastoralists, 60 in number, were selected and sent to Turkey for training on Artificial Insemination. They came back already and would be part of our workers for our upcoming RUGA God’s Grace. These are youn and promising Fulani youth.

11 – Operators of barbing shops, pop corn delicacies makers, spaghetti makers, tea vendors and other young men and women, over 5,000 of them were trained and were given the sum of Twenty Thousand Naira each  (N20,000) as additional capital for them to grow well.

13 – The government of Dr Abdullahi Umar Ganduje has also been in partnership with the federal government agencies like Central Bank of Nigeria, Bank of Industry, Industrial Training Fund, National Directorate of Employment and other international donor agencies in empowering our youth on various skills acquisition programmes.

14 – Even our youth with special need like blind, deaf, crippled and even Albinos, we have empowered 1,760 for special package of empowerment.

15 – To cap it all, our state government has established Ministry for Youth and Sports Development, because of the special concern we have for our youth.

16 – Not less than 1 Million youth were empowered under Ganduje administration just in his first tenure in office.

Conclusively Kano state government is also in the best position to celebrate this World Youth Day being declared by United Nations.