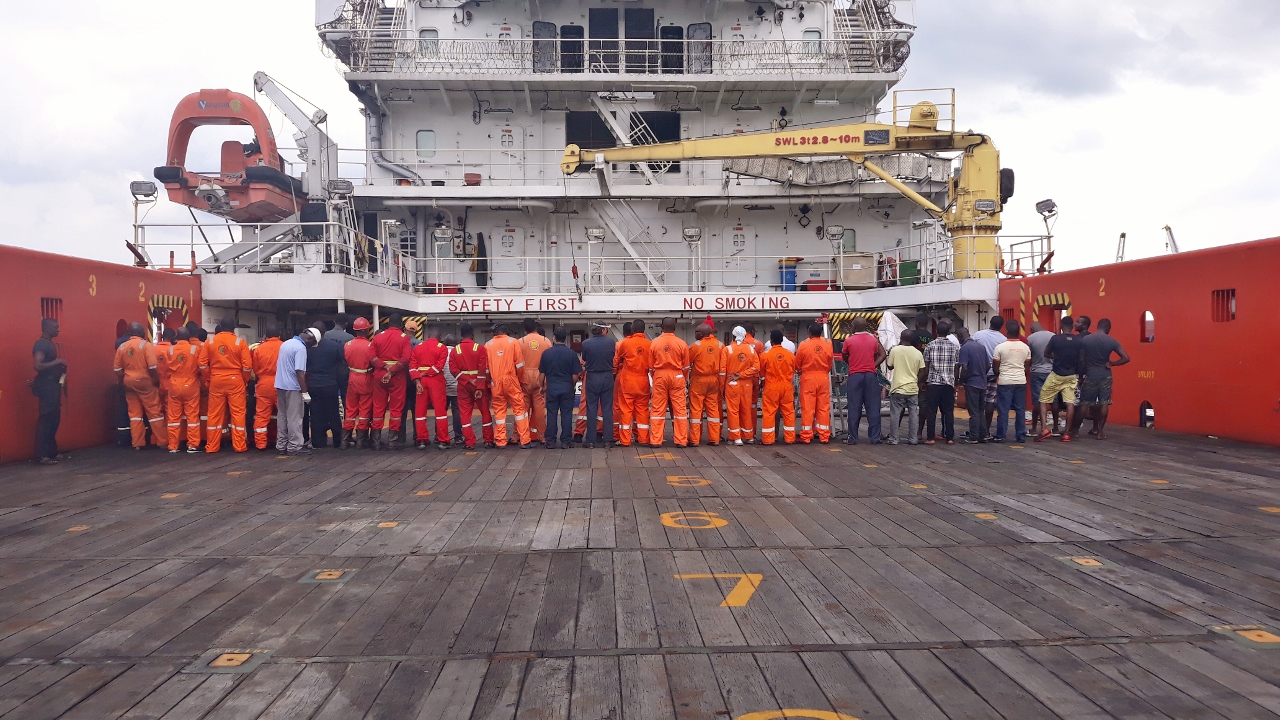 No fewer than 57 sailors have been arrested in Rivers by the Nigerian Navy for allegedly smuggling crude oil and illegally refining diesel.

The all-male sailors, including a Ukrainian, a Mexican and 55 Nigerians, were arrested between Aug. 11 and Aug. 25 onboard four vessels, two wooden boats and a barge.

“The suspects were intercepted by the NNS Pathfinder patrol team around Onne Anchorage and Okochiri creek in Okirika Local Government Area of Rivers.

“The four vessels, MV Western Orient, MV Temile, AHT Ajemisan and Jascon 23 as well as two large wooden boats and a barge, Ana Marine, all had 57 crew members onboard.

“They comprised of 55 Nigerians, one Mexican and one Ukraine nationals. The crews did not have clearance to transport petroleum products in the nation’s waters,” he said.

Ebo said the vessels and wooden boats were laden with unspecified quantity of petroleum products suspected to be crude oil and illegally refined diesel.

He said the barge, Ana Marine, was seized over suspicious movement around oil and gas pipelines in Okirika area of the state.

“Some of them were caught in the act of siphoning suspected illegally refined diesel from the wooden boats and carrying out illegal ship-to-ship transfer without any naval approval.

“The vessels were later towed to NNS Pathfinder holding bay at Federal Ocean Terminal, Onne for safe custody as well as investigation,” he said.

The naval officer said the Navy after concluding its investigations, decided to hand over the suspects, vessels, wooden boats, barge and products to EFCC.

He said the Navy would not relent in its efforts to rid the nation’s waterways of illegalities, warning criminals to vacate the maritime environment.

Receiving the suspects and items, SP Samuel Umezuruike, Head, Task Force Station, EFCC, Port Harcourt, said the Navy in collaboration with the anti-corruption agency was winning the fight against oil smugglers and bunkers.

He promised speedy investigation and prosecution of the suspects if found culpable.