A Rivers House of Assembly member, Mr Dumle Maol, has expressed surprise over illegal oil bunkering and privacy in spite of the presence of security operatives on Rivers coasts.

The lawmaker urged the security agencies to do more by beaming their searchlight on Degema Local Government Area (LGA) of the state, particularly the Bille axis so as to put an end to illegal oil bunkering and sea piracy.

Maol, representing Gokana Constituency and Chairman, Ad hoc Committee on “Bille passenger boats attack” expressed the surprise in an interview with the News Agency of Nigeria (NAN) on Wednesday in Port Harcourt.

He said that as part of efforts to step up security and check illegal oil bunkering in the oil rich Bille Kingdom, Degema LGA, the house had constituted an ad hoc committee in that regard.

It will be recalled that the people of Bille kingdom had few weeks ago cried out over persistent pirates attacks on passenger boats from Bille en route Port Harcourt city.

The people of the area also sent a petition to the House on the same matter through their representative Mr Tony Soberekon (Degema State Constituency).

The Bllle waterway being the only route connecting Port Harcourt and other major cities through which residents source their livelihoods and carry out small and medium businesses became threatened due to activities of pirates.

Maol said that with a view to finding a lasting solution to security crisis in the area, his committee invited critical stakeholders which included the petitioner (Bille leaders), Degema LGA Chairman who is the chief security officer of the area and Librado Security Ltd which is the security company engaged to render services around the Bille area.

According to him, the committee was saddled with the responsibility of unearthing situations surrounding attacks by sea pirates on passenger boats in the area. 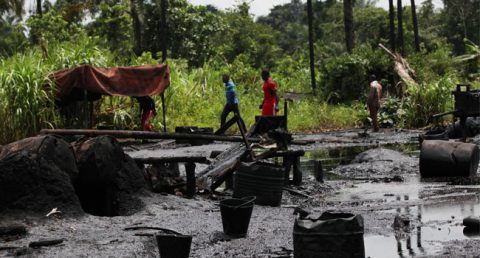 “We discovered that the community is host to ITIO E&P, an oil exploration company and that they have their facilities, especially on the Nembe frontline that traverse around Bille community and precisely the entire Bille kingdom.

“We also discovered that illegal bunkering activities are very common in the area which was the major reason for engaging a security company, Librado Security Ltd.

“ The security company is also working in collaboration with the Joint Task Force (JTF) to tackle illegal bunkering in the area,” he explained.

The lawmaker, however, expressed surprise why oil bunkering and even piracy still thrive in the area even with the presence of the JTF.

He urged the government to provide gunboats for security operatives to engage in more patrol and escort strategies to secure lives and oil facilities in the area.