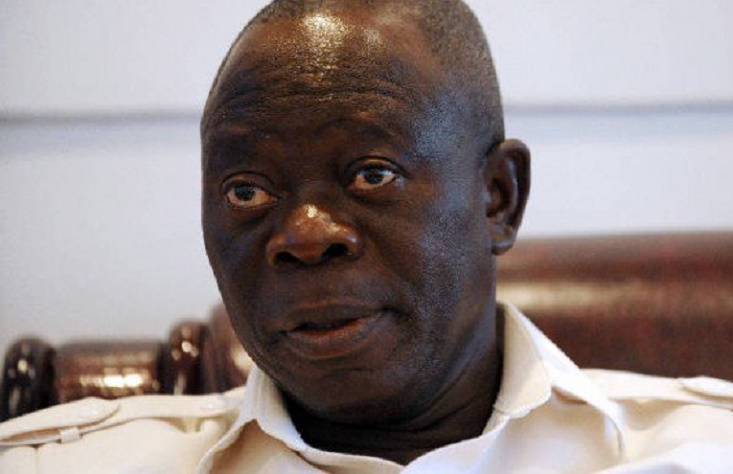 A former aide of Adams Oshiomhole, Mr. Charles Idahosa Monday described the one year reign of Comrade Adams Oshiomhole as national chairman of the All Progressives Congress (APC), as a monumental disaster for the party.

Idahosa who was special adviser on political affairs to Oshiomhole when he was Governor of the State, also said that the APC will die a natural death in the state if Governor Godwin Obaseki is forced out of the party.

He said Oshiomhole cannot take credit when he lost five states to the opposition during the last general elections.

“As a seating Governor, Oshiomhole lost the presidential election in the state in 2015 with over 80,000 votes to Gooodluck Jonathan, the PDP presidential candidate.

“And in 2019 presidential elections during the period of Godwin Obasski, we lost to the PDP, Atiku Abubakar with less than 8,000 votes.

“In the State House of Assembly, Obaseki scored 24 over 24, while Oshiomhole scored between 21 and 22 over 24. They are not of the same record. Obaseki also increased the House of Representatives by winning Ovia Federal Constituency,” Idahosa said.

Obaseki and Oshiomhole’s feud had deepened over supremacy battle for the control of Edo State.

Meanwile,  the Edo Peoples Movement (EPM), a pressure group within​ the Edo State chapter of the APC, believed to be loyal to Adams Oshiomhole, has vowed to stop Governor Obaseki from securing the party’s ticket for a second term.

But, responding to the assertion, Idahosa said: “The question we should ask ourselves is, is the man (Obaseki) working?

“Nobody has accused him of non-performance. He has been paying salaries at when due, infrastructural development among others.

“The House of Assembly election was a referendum on Obaseki. They should not deceive themselves,” he stated.

Spokesman for Adams Oshiomhole, Mr. Simon Ebegbulem could not be reached for reaction to the allegations as calls made to his mobile phone failed to connect.