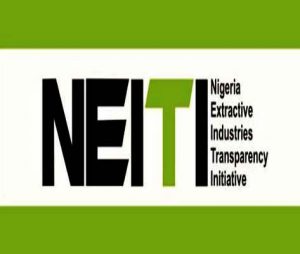 Kano State Governor Dr. Abdullahi Umar Ganduje has observed that the ongoing North West zonal outreach and town hall meeting organised by the Nigeria Extractive Industries Transparency Initiative in Kano would serve as opportunity for the State to build strong partnership with Agency and expand the frontier of transparency and accountability.

He acknowledged that NEITI is one of the few bodies under the Federal Government that have stood-out with courage and competence in leading the war against corruption especially in the oil, gas and mining sectors.

” having followed NEITI activities with keen interest and admiration over the years, I wish to acknowledge the efforts of the agency in drawing National and international attention to corruption, process lapses, transparency and accountability questions that have bedevilled the oil and gas sector which is mainstay of our economy ” he declared.

Ganduje represented by his Deputy Dr. Nasiru Yusuf Gawuna at the event’s opening ceremony said the present administration had identified strongly with lofty mandates, objectives and Principles of NEITI, adding that…” my administration is willing and ready to provide all necessary support to deepen NEITI implementation in Nigeria “.

While thanking NEITI for its decision to host the event in Kano, the Governor advocated  that.. ” for Nigeria to fully harness abundant natural resource endowment in the Northwest zone and other parts of the Country, there is urgent need to re-examine the existing laws that govern exploitation of mineral resources in the Country with a view to empowering the state government to invest alongside with its citizens and other investors “

He further enjoined the Participants to actively participate in the programme with rapt attention as it aimed at exposing them to the processes, principles, methods, objectives and benefits of the global Extractive Industries Transparency Initiative  (NEITI) which Nigerian Government is implementing in the oil, gas and mining sectors

In his remarks, the Acting Chairman National Stakeholders’ Working Group of the Nigeria Extractive Industries Transparency Initiative Alhaji Mahmoud Isa Dutse represented by Otumba Gbenga Onoyega explained that NEITI is charged with responsibility to among other  things, develop a framework for transparency  and accountability in the reports of all extractive industries on revenue paid to the Federal Government.

He announced that the findings and recommendations of NEITI reports over the years had become part of the major tools driving the on-going reforms in the oil, gas and mining sectors.

Earlier, the representative of North West zone on the NEITI Board Barrister Hannatu Musawa appealed to the Government in the North Western States to give amful opportunity to NEITI to make presentation to State Execute Council and State Houses of Assembly for deeper understanding on how NEITI/EITI works and how it’s implementation could transform governance and citizens conditions in the States.