Since the validation of the election of Gboyega Oyetola as the governor of Osun state by the Supreme Court, the media has been crammed with divergent stuff either for or against the verdict passed by the Apex Court. While I followed the antiphons closely after the announcement, one thought-provoking aspect of the whole situation, however, has been the way commentators and analysts have been trying to draw comparison between the Osun consequence and the petition filed by the People’s Democratic Party (PDP) at the Governorship and state Assembly Election Petition Tribunal in Kano state.

While the Osun matter has gotten the final judgment at the Supreme Court, the petition filed by the PDP in Kano is currently before the election tribunal under Justice Halima Mohammed. The tribunal, which last week adjourned the case, will continue hearing on July 13.

To have a better understanding of the point I am trying to make here, there is the need for us to have the background information on the two scenarios. The PDP candidate in the September 22 and 27 elections, Mr Ademola Adeleke, filed a petition at the election tribunal to challenge the victory of Mr. Oyetola of the All Progressive Congress (APC). The main election was held on September 22 while a supplementary election was held on September 27 in seven polling units. The Independent National Electoral Commission (INEC), declared Mr Oyetola winner of the election after the supplementary poll.

Mr Adeleke, who claimed he polled the highest number of votes in the election, asked the tribunal to cancel the victory of Mr Oyetola and declare him the winner of the election. The Osun tribunal ruled in Mr Adeleke’s favour and declared him the winner of the election. In a split judgment of two to one, the tribunal ruled that INEC was wrong to have ordered a rerun election. It nullified the rerun. The court also ruled that INEC did not comply with its guidelines on results from 17 polling units. The tribunal then deducted the results of both parties from the declared total of votes in the affected 17 polling units.

According to the tribunal, the PDP won the election with 254,698 votes, while the APC came second with 253,452 votes. The tribunal also said that the PDP would still have won the poll even if it had opted to validate the supplementary election. But in a contrary opinion in May, the Court of Appeal ruled that “the tribunal was in patent error when it set aside the rerun.” Apparently dissatisfied, Mr Adeleke challenged the decision at the Supreme Court.

On the other hand, the PDP in Kano filed a petition at the Election Petition Tribunal challenging the victory of Governor Abdullahi Ganduje as winner of the governorship election in the state by the INEC and even declared the supplementary election conducted by the commission as ‘unconstitutional’ and ‘unlawful’ considering that during the March 9 governorship election, the PDP got the highest votes across the 44 local governments in the state.

The PDP insists that its candidate won the Kano state governorship election since March 9, 2019, having fulfilled the constitutional requirement of securing the highest number of votes and the statutory 25% in two-third of the state.

This is in addition to cases of over voting, vote buying, vote stuffing, intimidation and harassment of innocent voters. There are some places where if you have to vote, it has to be for the PDP. INEC had to conduct supplementary election in some polling units in 29 local government areas of the state after the fraud was exposed.

However, no election declared as inconclusive has been adjudged illegal, or being inconsistent with the law, except if the personality who made such declaration is at fault, not based on the process.

INEC declared the elections as inconclusive for a combination of reasons, mainly the failure to use or discontinuation of use of the Smart Card Readers midway into the elections and the failure to deploy them, as manual accreditation procedures were not always correctly followed if card readers failed to authenticate fingerprints. Other reasons are over-voting, widespread disruption or cancellation of a number of polling units, electoral misconduct etc.

I venture to say that the elections were declared inconclusive in order to enhance the integrity and the credibility of our elections. The rules are very clear about conditions precedent to declaring a poll inconclusive.  Let us take a look at those conditions.

According to the commission, ‘’Clause 34 (e) of the Independent National Electoral Commission, Regulation and Guideline for 2019 General Elections stipulates that supplementary elections will be held “where the margin of lead between the two leading candidates is not in excess of the total number of registered voters of the Polling Units where elections were not held or were cancelled…” 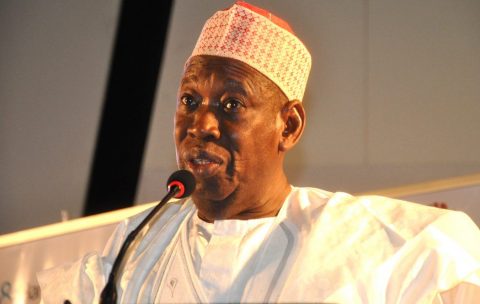 Also, the “Margin of Lead Principle” contained in Sections 26 and 53 of the Electoral Act and paragraph 41(e) and 43(b) of the INEC Regulations and Guidelines, the commission cannot declare a winner if the number of cancelled votes can mathematically affect the outcome of the election.

Votes are most commonly cancelled during elections, as with these current ones, when the affected areas witness any form of viciousness or other factors that compromise the results. Such factors could include over-voting, when number of votes cast is more than the number of registered voters, as well as INEC’s failure to deploy election materials or officials to certain polling units.

In my own estimation, the supplementary polls are to give all voters an opportunity of exercising their franchise and ensure that whoever is declared a winner of an electoral contest actually won fair and square. This is not the first time INEC will declare elections inconclusive.  It did in the following governorship elections: In Ekiti State in 2007; Imo State in 2011 and 2015; Abia, Taraba, Kogi and Bayelsa states in 2015.

No sooner had the result of the rerun election announced not in their favour than the PDP rejected the results, citing violence and voter intimidation then as their main reason. Because if they felt that the conduct of the supplementary election is unconstitutional and unlawful, how come did they participate in a process they reckon as unlawful.  The PDP fully joined rerun only for it to turn their back from the beginning to the end. That will be their first albatross at the tribunal.

It was only after its attempt to fuel civic unrest fell on deaf ears, the PDP decided to take its case to the election tribunal. While the election umpire declared the result as transparently won by Ganduje, the PDP clowns fraudulently posted scenes of violence from other states and even beyond the shores of the land in the social media to support their dubious claim that the supplementary election in Kano was fraught with violence. And up till this moment they have not been able to bring any concrete evidence to that effect. Of course, there may be pockets of disagreements that could lead to brawls in isolated places but not in such a magnitude that can undermine the conduct of the election.

While one is not attempting to preempt the election petition tribunal in Kano, the Supreme Court do not go into details of the outcome of the verdict passed by the Appeal Court. It, in most cases, go into technicalities to uphold or upturn the decision of the Appeal Court. The Osun case typifies this.

On drawing comparison between the Osun and Kano case, here is my take. From all indications, the Kano scenario is also technical in nature. The PDP is insisting that it only consider the result of the March 9 governorship election it claim it won, while INEC says it has every reason to consider that election as inconclusive. At the same time, PDP participated in the rerun election, only for it to consider it as unconstitutional and unlawful when it lost. Based on preliminary objection, the PDP has lost it here. Because there is no way you take part in a process you do not recognize.

With this in mind, I believe Ganduje will emerge triumphant in this case.

Abubakar is an analyst and public affairs commentator