Kano state government will pool resources to ensure the growth and development of the cotton value chain in the state, in view of its potential to create thousands of job opportunities for able-bodied people.

The State governor, Dr. Abdullahi Umar Ganduje who made this known said investment in the textile industry, mainly defined by cotton, would not only empower farmers economically but also create more jobs, thereby significantly reducing poverty in the society.

He made the assertion while receiving the Kenyan High Commissioner to Nigeria, Dr. Wildred G. Machage, who visited him at the Government House in Kano.

“From planting to ginning, spinning, product maker and retailer, a lot of jobs are created. In Kano, we have potential for cotton and textile development but our agronomic practices are not in conformity with modern textile technologies”, the governor stated.

Dr. Ganduje however, noted that since cotton production is a key economic sub-sector in Kenya, the private sector of the county and that of Kano can invigorate engagements for superior economic gains.

In this regard, he noted that the scheduled Intentional Cotton Summit in Kano would go a long way in promoting economic development and bilateral cooperation especially among African countries.

“Such initiatives are necessary as Nigeria and Kenya were yet to exploit their comparative advantages maximally for common good”, Dr. Ganduje remarked. 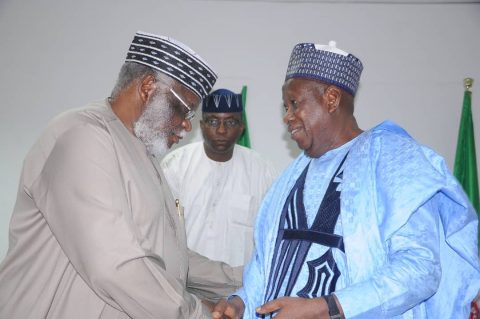 “I observed that Nigeria imports tea from Kenya but through Europe. You can imagine something that is produced here in Africa, then exported to Europe, then brought back to Africa again for consumption. This is not the best for our economies”, the governor lamented.

In his remarks, the Kenyan High Commissioner to Nigeria, Dr. Wildred G. Machage, said despite the potentials that abound in Nigeria and his country, both nations have not been able to take advantage of each others’ investment opportunities for mutual benefit.

“The balance of trade between the two countries, in recent times, has not been very significant. This is regardless of the fact that both countries have enjoyed long standing cordial relations”, he asserted.

Ambassador Machage, who told the governor that he was in Kano for the International Cotton, Garment and Textile summit, which was rescheduled, disclosed that private sector players from Kenya were willing to explore the areas agriculture, horticulture, tourism, small and medium scale enterprises and trade, with their Kano counterparts, for joint economic cooperation.