Home Defence Why we got into trouble in 2019 elections – Army 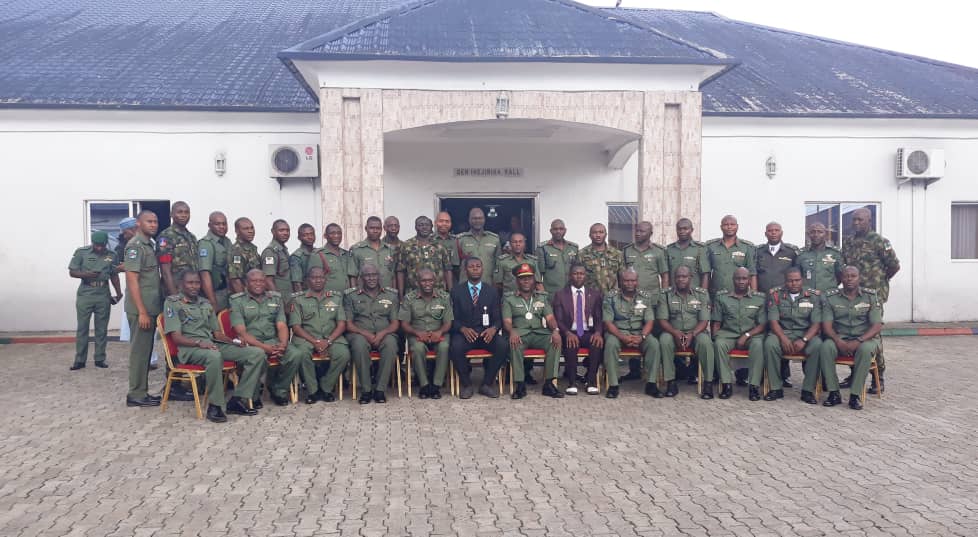 The Nigerian Army has said that it incurred the anger of policticians becquae it refused to compromise the integrity of the 2019 General Elections due to its belief in the nation’s democracy.

The army said it also acted in the best interest of the country by assisting the police in the elections.

According to Sarham, the elections in Rivers offered a unique experience to which the army satisfactorily carried out its responsibilities.

“The 2019 general elections which the division acted in aid of Nigerian police and the Independent National Electoral Commission (INEC) offered the army a unique experience.

“This is because some subversive elements tried, but failed to cause the division to compromise the integrity of the polls.

“Their failure was due to the resilience and doggedness of our personnel, whom some of them, unfortunately paid the supreme price in defence of our democracy,”  he said.

Sarham said the awards were recognition that some groups and individuals had closely monitored the elections as well as independently verified activities of the army.

“I have been made to understand that there are many more similar organisations that are also processing their request (award) through the Army Headquarters,” he said.

The GOC said the recognition wouldn’t have been possible without the support and guidance of the Chief of Army Staff, Lt.-Gen. Tukur Buratai,and troops of the division.

He dedicated the awards to soldiers who lost their lives while assisting the police in the elections.

Earlier, the Director of Cabinet, ECOWAS Youth Council, who presented the ECOWAS award, commended the GOC for his professionalism to the nation’s security architecture.

“We also thank you (Sarham) for promoting peace and nation building. We believe that if Nigeria gets it right, Africa will also get it right,” he said.

On his part, Dr Isa Abubakar, President of the Northern Youth Council of Nigeria, said that Sarham provided effective leadership and contributed positively to the concluded elections in Rivers.