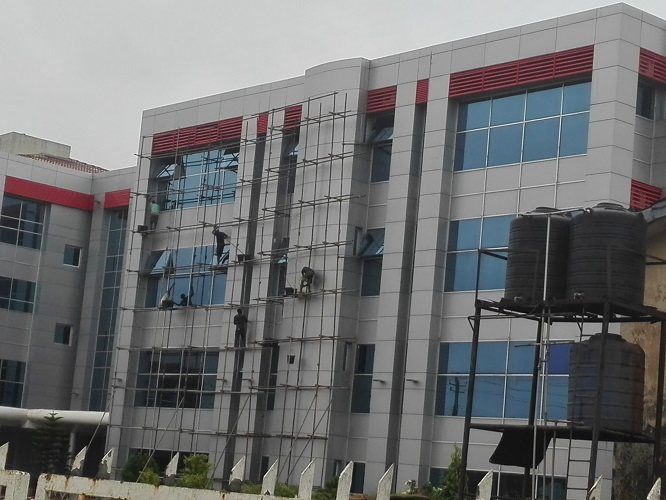 The abandoned 5-star Central Hospital in Benin, Edo State, might soon be put into use.

The hospital was built by immediate past Governor of the state, Adams Oshiomhole, and was commissioned, days before he left office in 2012, by President Muhammadu Buhari.

The administration of Governor Godwin Obaseki, however did not open the hospital for use and had remain under lock and keys.

The non use of the hospital sparked protests by individuals and civil society organisations, who demanded that the hospital be opened for public use.

Our correspondent however observed yesterday that renovation was being carried out on the structures​of the hospital.

Some of the roof tiles were being changed and other parts of the main building being cleaned.

The State Commissioner for Health, Dr. David Osifo, could not be reached for comment, as calls made to him went unanswered.

However, an official of the state hospital board who did not want to be named as he was not authorized to speak, confirmed to our correspondent that plans were in top gear to commence use of the structure.