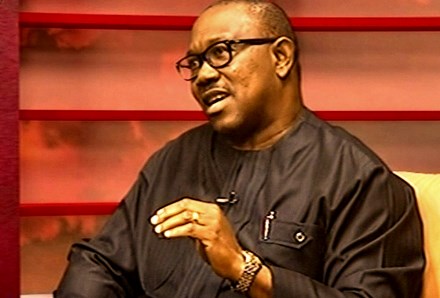 Mr Peter Obi, the Vice Presidential candidate of the Peoples Democratic Party (PDP) in the February election, has urged the Zamfara Governor-elect, Dr  Bello  Matawalle to work for the people.

Obi gave the advice in a statement issued by his Media Office on Saturday in Abuja.

He advised Matawalle  and other PDP candidates declared winners of the National and State Houses of Assembly elections by the ruling of the Supreme Court to see their victory as a challenge to work hard and to uplift Zamfara.

He  said that God must have a reason for making Matawalle to have the mandate of the people of the embattled state at the moment.

Obi said that the fallout from Zamfara should teach politicians a lesson that God has the final say on who gets what position.

The former Governor of Anambra told those who emerged victorious in Zamfara that the current security situation in the state had thrown up a huge challenge for them.

He said that being a beneficiary of the rule of law they should do everything humanly possible while in office to uphold the sanctity of the judiciary as a critical component of democratic rule.

He also praised the Judiciary for always being there to right the wrong of politicians, saying that it was the reason the system created separation of powers.

Obi  urged politicians to see the fallout from Zamfara as a reason to believe in the supremacy of God in all their struggles for political power and positions.