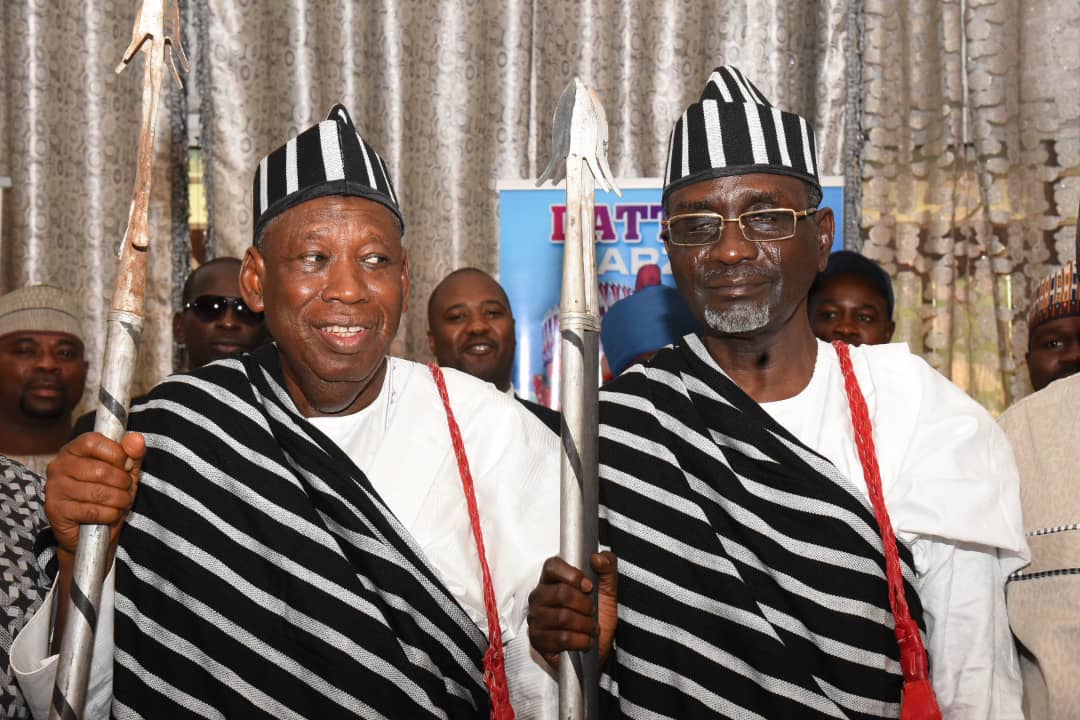 One of the leading youth groups from the North Central part of this country, Benue Youth Initiative, crown the governor of Kano state, Dr Abdullahi Umar Ganduje and the former governor of the state, now Senator-elect, Malam Ibrahim Shekarau, as Grand Commanders of Politics, for the role they play in promoting healthy political development in the state and the county in general.

Awards of Excellence were also presented to the duo, when the leader of the delegation from far away Benue state, Mr Richard Mphare, enumerated some of the achievements recorded by Ganduje administration in the last four years of his regime.

Mphare said “We are pleased with the developmental projects, people-oriented policies and other programmes that target mass of the people. We conducted an independent research before we arrived at this conclusion.”

Similarly, the leader said they also closely study the stewardship of Shekarau when he was captaining the affairs of the state, emphasising that, “We all believe that you set many good things in motion during your tenure, as the governor of Kano state.”

On the infrastructural development under Ganduje’s first tenure, the group reveals that, “The unassuming face lift the state enjoys under your regime, makes one to easily forget routes that were known for long. The road networks are not only of good quality, but they replicate other modern global cities. Kano has really come of age.”

After listing feats achieved in many sectors, like education, health, environment, rural development and other areas under Ganduje administration, Mr Mphare calls on other states of the federation to copy from Kano state.

While reminding people of the development Shekarau administration brought to Kano in his eight years period, he also cited other examples of unassuming feats achieved by Shekarau when he was the Minister of Education.

According to the leaders of this group, both Ganduje and Shekarau’s political frontiers are being expanded because of their belief in politics without bitterness in the national scheme of things.

The duo, according to this group, make no stone unturned in their efforts in the promotion and safeguarding of national cohesion and political integration among Nigerians, with the sole aim of attaining strong economic growth and development for the country.

Nigeria Has Turned It’s Back On Southern Kaduna – FFK