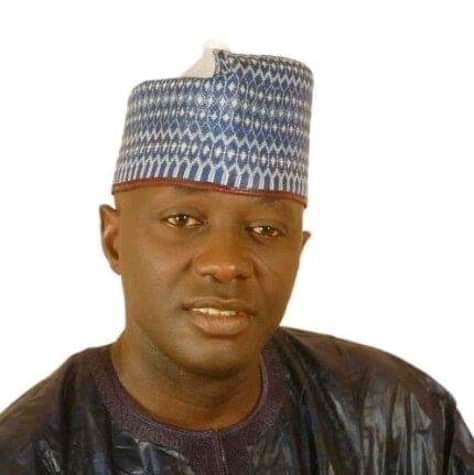 ….why I excluded COE, Akwanga-Tijjani

The government of Nasarawa State has reiterated it’s commitment to turn round the educational sector by realizing N213,000,000M for accreditation of courses in two of it’s Tertiary Institutions.

The immediate past Commissioner of Education before the recent establishment of ministry of Higher education said governor Umaru Tanko Al-Makura’s commitment towards the advancement of education from the cradle of education and Tertiary level became necessary.

Ahmed Tijjani Aliyu opined that the current administration met the education sector at the brink of collapse in 2011when it took over the last administration of the People’s Democratic Party under the headship of late Aliyu Akwe Doma with chunk of hiccups ranging from acute shortage of academic Staff leading to institutional decay.

When asked why the exclusion of College of Education Akwanga from the accreditation, Tijjani confided that the Institution going by the records of the Internally Generated Revenue of COE, Akwanga the Institution can survive without seeking for any support for accreditation from the visitor of the College.

“College of Education,Akwanga generated the highest amount with the strength of its students”he added.

While feelers said the College has to source for a whooping N12,000,000M for the accreditation of four degree programmes which he confirmed that the interim accreditation has since expires.

An insider when contacted asserted that the College after borrowing N12m following the threat by the National Commission For Colleges of Education to run degree programmes is to discard the four programmes as well urged the management to retrive all certificate of the ten sets of graduates,this an amongst other things that foist the Institution to borrow N12,000,000M which we learnt that the College succeeded in paying back N9,000,000M remaining the balance of N3,000,000M

The Provost when contacted confirmed that she did not benefit from the last money given by the State for accreditation of courses in spite of the letters written to the Commissioner of Education, she went ahead hand in cap to source for money outside the College.

“As I’m talking to you now,we paid back N9M out of the N12M we source outside the College”

Saying she was moved by the threat of concerned authorities not to loose accreditation of four degree programmes.

“College has graduated 10 sets and their threat was for us to accredites the four programmes or all certificate must be retrieve from graduates”. describing the threat as quit shocking.

Commenting over the accord reached between the two out of the three tertiary institutions that embarked on a strike action,Impeccable sources unveiled that some think tank under the outgoing administration are hell bent to  frustrate the management of the three Tertiary Institutions especially COE, Akwanga whose management are guided by probity and accountability in handling the finance of the College.
A reliable source from the College of Education, Akwanga said the provost agreed to pay the outstanding promotions of 2015,2016,2017,2018 promotions respectively from the anticipated IGR.

Other constraints of the College also include intermittent request for funds by both elected officials and apppinttees while others gang up to take over projects of the Tertiary Education Trust Fund even without prior knowledge or papers as contractors,these are some of nagging issues faced  by the management.

The Provost,Dr.Rebecca Isaac Umaru while feilding questions by Journalists said the College needed the sum of N21,000,000M to settle 2015-2018 promotions,Also feelers from the Nasarawa State Polytechnic,Lafia confirmed that the Rector, Augustine Ali Gabu also agreed to pay the outstanding promotions from his IGR,as impecable source says the Institution generates about N450,000,000 to N400,000,000m annually.

The Rector,Ali Gabu could not be reached for comment,but a member of the management team asserted that the School would do every possible best to pay the outstanding promotions as directed by the State Deputy governor,Silas Agara.

The Fact-finding committee reports of the two Tertiary Institutions, Naspoly and COE, Akwanga indicated that the Nasarawa State Polytechnic, Lafia generates  over N450M annually as IGR while the College of Education, Akwanga generates over 650M annually as it’s IGR as from October 2014 to October 2017.

The Provost of the College,Dr.Yahaya Maikeffi  in an interview with selected Journalists at his office said the Institution has an enrollment of only 1200 students compared to COE, Akwanga and Naspoly that has the highest number of students,he averred that the State government released N60M for COA,Lafia and N162M for accreditation of courses in Naspoly.

The Chairman of the Joint Union of Nasarawa State Tertiary Institutions,Paul Useni in an interview recently said the three Tertiary institutions needed a whooping N60,000,000m to clear backlog of promotions from 2015 to 2018 promotions.