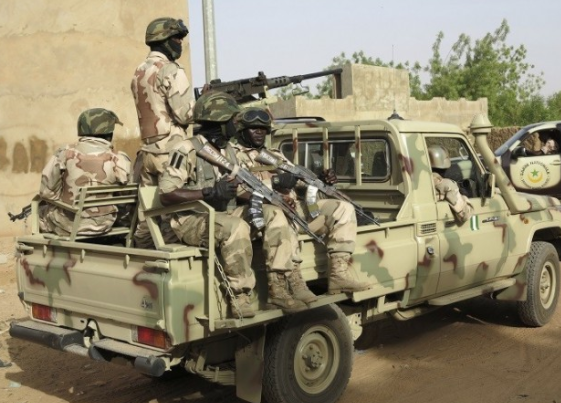 The Nigerian Army has destroyed 500 drums of adulterated diesel and two cars seized from smugglers in Jebs Community in the Calabar South Local Government Area of Cross River.

Speaking to newsmen after the destruction, carried out on Friday in Calabar, the Commander of Operation Delta Safe, Sector 4, Col. B.A. Amakor, said the diesel was smuggled from neighbouring states into Cross River.

Amakor said the smugglers absconded on sighting the army, leaving drums of diesel and two vehicles behind.

“We have 500 drums of diesel which is worth millions of naira and they are being destroyed alongside two vehicles which were used to perpetrate the act.

“Some suspects were arrested and after preliminary investigations, some of the people who were used as labourers to offload the products were apprehended and we have handed them over to the relevant agencies for prosecution.

“We are reaching out to locals through community and youth leaders to help us with information and cooperate with the security agencies to report these people when they are seen.

“The challenges we are facing apart from the issue of logistics is the challenge of the locals who are not ready to divulge information.’’

The commander said that Operation Delta Safe was doing its best to safeguard Cross River, particularly the waterways to stop smugglers from carrying out their illegal activities.

On kidnapping, he said that Operation Delta Safe was stepping up efforts and had in the past two weeks arrested over 10 suspected kidnappers.

“We raided their camps. Some of them were killed in the process and some got away with gunshot wounds.

“We are still on their trail. We are assuring members of the public that kidnappers will not find a resting place in Cross River State.”

Amakor, however, called on the Cross River Government to support Operation Delta Safe in its effort to make the state safer.

President Donald Trump is facing the bleakest outlook for his reelection bid so far, with his polling numbers plunging in both public...
Read more

Socialist Workers and Youth League demand that Major General Buhari as a matter of urgency withdraws the N27...
Read more

Trump Campaign Looks at Electoral Map and Doesn’t Like What It...