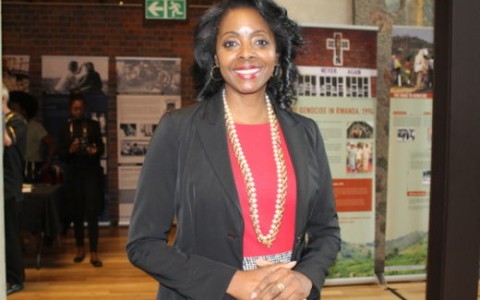 As part of her weeklong activities, Professor Thomas will conduct a broadcast journalism workshop, grant a series of interviews highlighting the role of the free press in a democracy, and interact with journalism students at the School of Media and Communication at Pan Atlantic University.  Following the journalism class, she will be featured in a Facebook Live session focused on the “Menace of Fake News.”

On World Press Freedom Day, May 3rd, her week-long engagements will conclude with a lecture at Pan Atlantic University. The audience  will include journalism faculty and students, senior journalists and editors, as well as representatives of media development organizations.

Speaking on the visit of Professor Thomas to commemorate the 26th anniversary of World Press Freedom Day, U.S. Consulate Public Affairs Officer Russell Brooks said, “We are extremely pleased that Professor Thomas will join us to mark this important occasion and share her insights with Nigerian colleagues. The United States considers a free press to be a foundation of democratic governance. We believe a free press must be fostered to keep citizens properly informed and actively engaged in the issues that affect them in order to hold government and other institutions accountable to the public.”