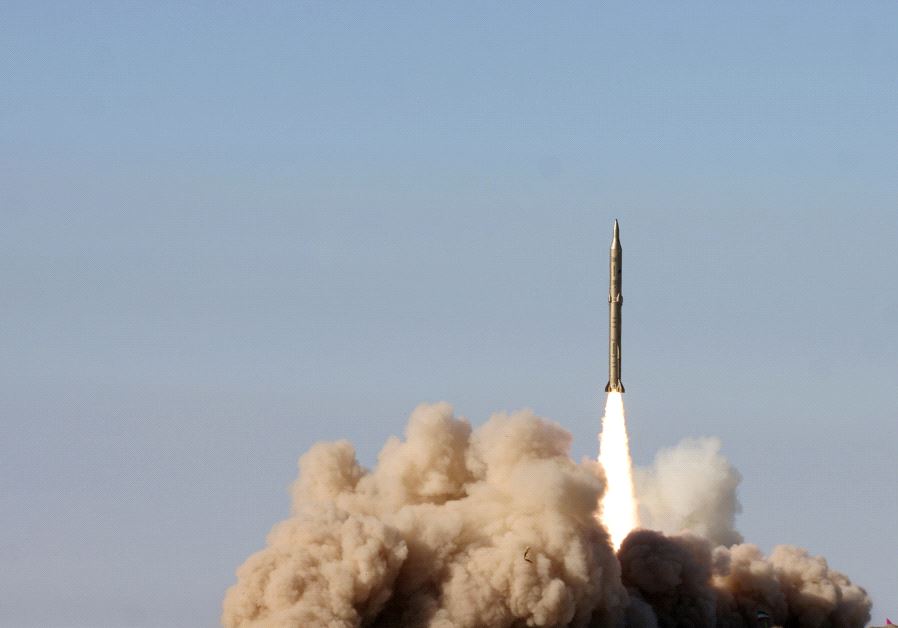 Iran unveiled a new cruise missile with a range of 1,300 km (800 miles) on Saturday, state television reported, as the Middle Eastern country displays its achievements during celebrations marking the 40th anniversary of the 1979 Islamic Revolution

“With a range of more than 1,300 km … this cruise missile needs a very short time for its preparedness and can fly at a low altitude,” Iranian Defence Minister Amir Hatami said in remarks carried by state television during the unveiling ceremony.Read More Related Articles

Recommended byHatami said the new surface-to-surface missile, named Hoveizeh, was from the Soumar family of cruise missiles, which were unveiled in 2015.

Western experts say Iran often exaggerates its weapons capabilities, although there are concerns about its long-range ballistic missiles.

Iran said in January its bid to launch a satellite failed after Tehran ignored US warnings to avoid such activity.

Washington warned Tehran this month against undertaking three planned rocket launches that it said would violate a U.N. Security Council resolution because they use ballistic missile technology.

The United States is concerned that the long-range ballistic technology used to put satellites into orbit could also be used to launch warheads.