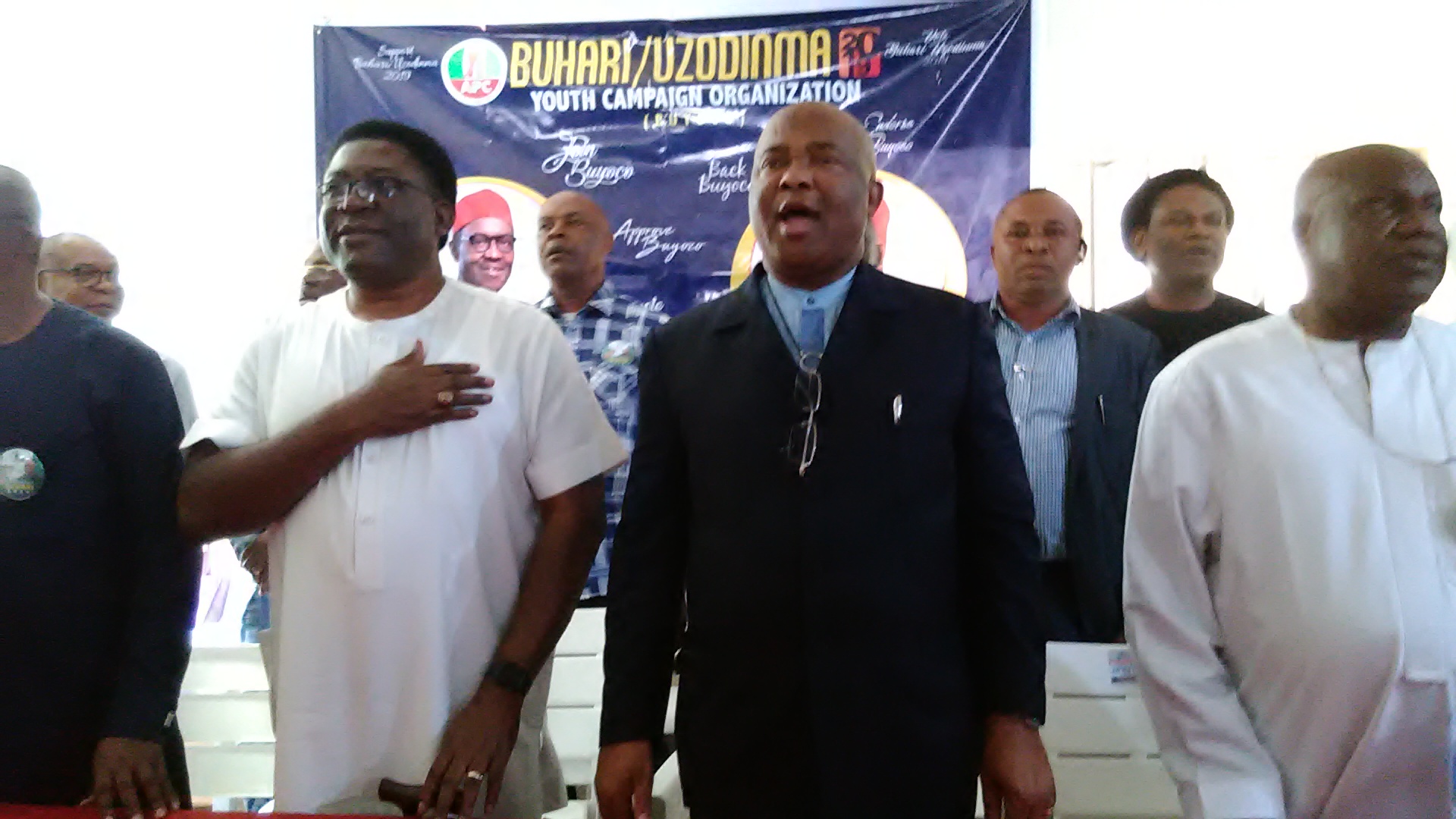 With the continued political fireworks within Imo State All Progressives Congress, it is becoming clearer that Governor Rochas Okorocha, Hon. Chike Okafor representing Okigwe South at the House of Representatives, National Assembly, Hon. Ugonna, Deputy Speaker of Imo State House of Assembly among others may may face expulsion from the party over alleged anti-parth activities.
The impending political cleansing was hinted during a crucial meeting of APC candidates led by Senator Hope Uzodinma, the Party’s standard bearer for 2019 governorship election with other high profile party leaders, including the incumbent Deputy Governor of Imo State, Prince Eze Madumere.
Senator Uzodinma expressed surprise over the attitude of some of the candidates who rather than focus and work along with the party are busy working for another party, which he described as not just a mere anti party but unpardonable action punishable by the extant laws of the party administration.
He  emphatically assured that those playing such politics would become victims of expulsion, describing their actions as dangerous against the goal of the party.
Speaking  at the meeting, Senator Uzodinma thanked members of the party for their committment and resilience towards retrieving the party from Governor Okorocha who was on the verge of turning the party to a family business.
He insisted that the party had long produced a candidate to contest 2019 governorship election and wondered why few persons have not come to terms with the reality and work in unison with members to deliver the party at the 2019 general election, warning that they might become victims of change.
He called on all and sundry to join hands for the re-election of President Mohammadu Buhari, revealing that most leaders of the South East have keyed into his project for his sincerity of purpose in the Nigerian project and wholistic re-integration of South East and Ndi Igbo.
In the same vein the incumbent Deputy Governor of Imo State, Prince Eze Madumere, while supporting Senator Uzodinma’s candidature, called on the party faithful to close ranks to deliver APC at all levels, including the re-election of President Buhari who he described as a considerate and passionate leader whose actions for the country have been wholly patriotic with utmost sincerity.
He also assured the party faithful of restoration of their lost dignity when Senator Uzodinma emerges as the Governor of the State. He also assured Civil Servant of returning the service to its glory while the retirees will surely heeve a sign of relief.