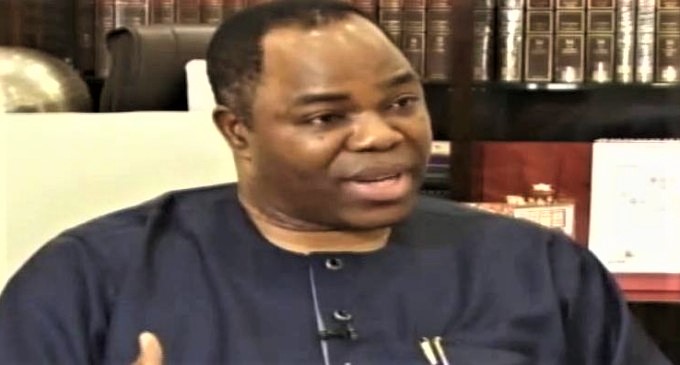 The Economic and Financial Crimes Commission, EFCC, on December 17, 2018, arraigned a former Chairman, Board of Directors, Skye Bank Plc, Tunde Ayeni, before Justice Nnamdi Dimgba of the Federal High Court, Abuja on an eight-count charge, bordering on money laundering to the tune of about N8 billion.

After the arraignment, the judge, in a dramatic twist, granted the defendants 36 hours freedom, to meet the bail conditions or be remanded in Kuje prison. They were asked to go home.

In view of their pleas, prosecuting counsel, Abba Mohammed, prayed the court for a trial date and prayed that the defendants be remanded in prison custody, pending the hearing of their bail applications.

Before the court’s ruling, Counsel for the first defendant, Dele Adesina, SAN, who held brief for the lead counsel, Wole Olanipekun, SAN, informed the court of their pending bail application, which was served on the prosecution on December 13, 2018. Counsel for the second defendant, Oyetola Oshobi, SAN, made similar application.

Ruling on the applications for bail, the court admitted the defendants to bail on in the sum of N50 million with two sureties each in like sum.

The court further ruled: “The sureties may be either civil servants of not less than the rank of assistant director or be private businessmen or professionals provided that one of the sureties is a civil servant, the other surety being a private businessman or a professional must be the owner of a landed property of sufficient value within Abuja metropolis, excluding the satellite towns,” the trial judge held.

Justice Dimgba added that: “But where the two sureties are private businessmen or professionals, they must show evidence of landed properties of sufficient value within Abuja metropolis excluding the satellite towns.

“The defendants shall deposit their international passports before the court and shall not travel outside the country without the permission of the court”.

The court further gave the defendants 36 hours to meet the bail conditions or be remanded in Kuje prison.

The matter was thereafter adjourned to February 13 and 14, 2019, for “commencement of trial”.