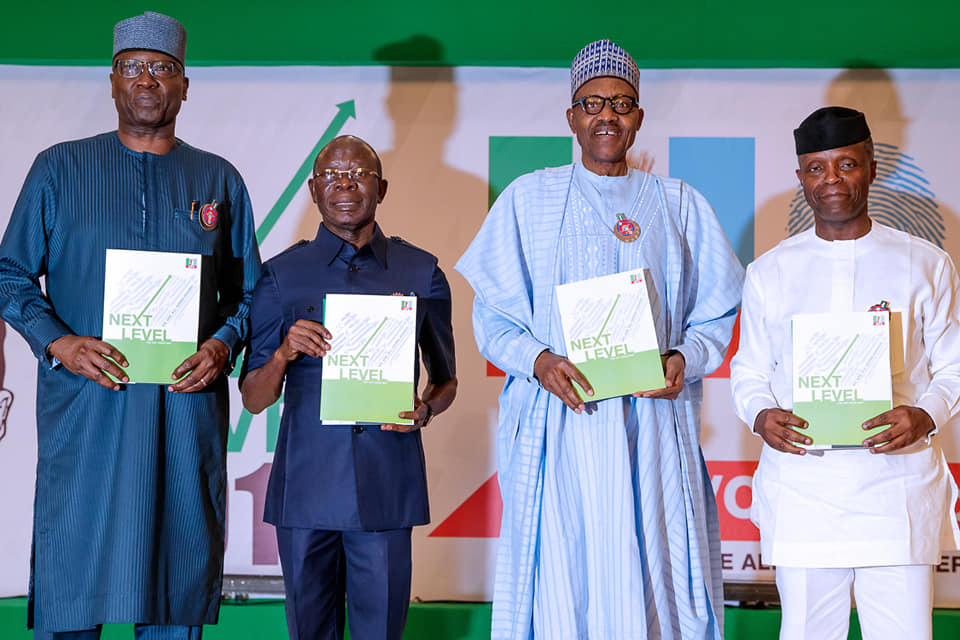 Nigerians as their idea and creation.

This revelation has further confirmed that the Buhari Presidency lacks

integrity as a fraud syndicate that thrives on deception, lies, false

to take credit for the achievement of others.

This shameful plagiarism by the Buhari Presidency has further sunk him

into self-inflicted public opprobrium, from which he has not recovered

since the demonstration by Nigerians, that he does not have his

acclaimed WAEC certificate and had to procure an attestation, which

Nigerians also discovered to be a forged document.

The PDP is however not surprised that President Buhari, in his

desperation, can go as low as patronising plagiarism and false credit

claims, since it is clear that he lacks the competence to initiate and

articulate an original blue print for leadership; the reason our nation

has been in dire strait in the last three and half years.

A perusal of President Buhari’s 2019 campaign document reveals that

apart from the stolen logo and mantra, the document is replete with

false claims, spurious projections and unsubstantiated figures in the

bid to again beguile Nigerians ahead of the elections.

President Buhari has over time shown that he cannot be trusted. He heads

the most corrupt administration in the history of our nation.

vote for any leader that has demonstrated a proclivity for falsehood,

forgery and incompetence in governance.