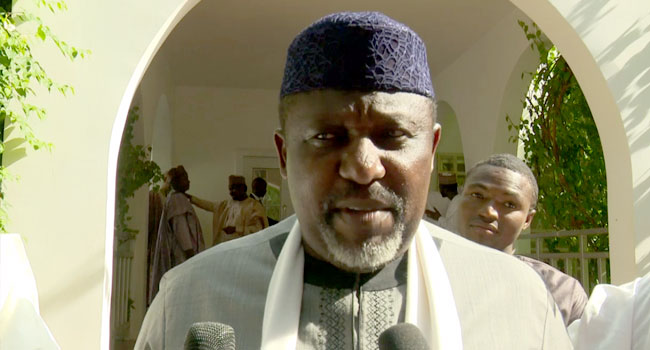 We wish to formally put the world on notice, that there is a dangerous cabal within the highest hierarchy of our Party who are hell-bent on destroying the All Progressives Congress and sabotaging President Muhammadu Buhari’s re-election bid come 2019.

This cabal has permeated the highest organs of our great Party, the national assembly and even among the President’s own appointees. Major financiers and logistics providers for this cabal’s infamous activities include serving and former governors, a former President of the Federal Republic, a former military Head of State and some retired generals who feel that the present administration is not playing according to the usual rules of engagement which allowed corruption, impunity and all manners of recklessness to thrive.

The cabal commenced their onslaught against the APC and the President first, by engineering a no love lost relationship between the executive and legislative arms of government. This has recently led to a situation where the Presiding officers of the National Assembly, are for the first time since this Fourth Republic, members of an opposition Party. Today, our Party is merely a majority Party in the national assembly on paper, rather than in practice.

The recently concluded primaries of our great Party also provided an opportunity for this cabal to inflict maximum injury on our Party by imposing their moles at different levels as candidates of our great Party, even though, some of those imposed as candidates of our Party at different levels did not participate or in the case of those who participated, failed woefully to garner the votes of majority of our members. This cabal deliberately sponsored high level disaffection against our Party, by openly embarrassing some of our most committed Party leaders, including sitting governors, changing the result of primaries through fiats unknown to our Party’s Constitution and even the Electoral Act and using top national officers of the Party to openly disparage our governors and by implication, our Party. At no point in the history of Party politics in this country has a ruling political Party been so de-marketed by itself and through its officers than now. This is the handiwork of this dangerous cabal.

This cabal may have also penetrated the judiciary. There is hardly any Court anywhere in the country that is not hearing cases relating to the recently concluded primaries of the Party. We have seen situations where courts of concurrent jurisdiction would give conflicting injunctions and counter injunctions, as if, the judiciary has become a market place for chaos. Curiously, this cabal ensures that certain injunctions are obeyed while others are thrown into the dustbin. We have also seen some rather surprising court injunctions emanating from some courts and most, if not all,  such surprising injunctions seem to be in favour of a particular clique in the Party.

We suspect too, that efforts are also being made by this same cabal to pocket the Independent National Electoral Commission to the point of making them do their bidding. The recent publication of names of candidates for various elective offices by the INEC leaves so much room for one to question the independence and impartiality of the electoral umpire. Just like the judiciary should be the last hope of the common man, the INEC should be the last hope for electoral fairness and obedience to substantive court orders.

While some people may be enjoying the broad daylight rape on our democracy as presently being perpetrated by this cabal and their hatchet men, it is important to put everyone on notice that this cabal neither means good for Nigeria nor the Party. Those who ignorantly support the actions of this cabal will be their first targets as soon as the ‘deed’ is done. The main target for political elimination is President Muhammadu Buhari and the soul of the APC. They want a reversal of the huge gains of President Buhari’s anti-corruption fights and other people oriented programs and policies of the present administration. They want to recover the country for themselves and in their own selfish interests. They want a return of impunity, corruption, insurgency and the other vices that defined the Nigeria before 2015.

The fight to resist this cabal should be the concern of every Nigerian, irrespective of political leanings, as the success of this cabal will spell doom, not just for the APC, but for the entire Nigeria. We therefore call on all Nigerians of good conscience to be vigilant and ready to fight for the survival of this democracy.