North Korea responded Wednesday to European concerns about being in the path of Pyongyang’s potentially nuclear-capable intercontinental ballistic missiles (ICBMs) by assuring the leader of Western military alliance NATO that such weapons were only intended for the U.S.

“The DPRK’s ballistic rockets are for deterring the U.S. nuclear war hysterics and ensuring peace and security on the Korean peninsula and the region. They are not for threatening Europe and the world,” the commentary read, according to the official Korea Central News Agency, referring to the country’s official title: The Democratic People’s Republic of Korea.

“It is not the DPRK alone that has ICBM in the earth. If what Stoltenberg said is true, the countries with ICBM should naturally be a threat to Europe as it is within their range,” it added. 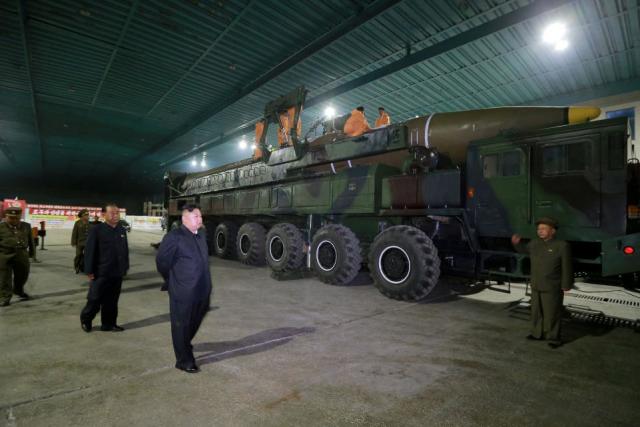 The article went on to accuse Stoltenberg of potentially “trying to curry favor with the U.S. to prolong his remaining days,” but promptly warned that history showed “liars do not last long.” While NATO includes as many as 29 members across Europe and North America, the U.S. has been by far its greatest financial and military contributor since its establishment at the onset of the Cold War in 1949.

While NATO has traditionally poised itself for war with Russia, rapid advancements made to North Korea’s military ordered by leader Kim Jong Un have placed most of the world within the trajectory of the reclusive state’s arsenal. North Korea has long argued it does not seek to attack first, but has developed ballistic and nuclear weapons to discourage the U.S. from attempting to overthrow Kim’s dynasty.

The U.S. and many of its allies, however, have rejected this line of thinking and demanded North Korea surrender its nuclear stockpile, a standoff that’s gotten increasingly tense since President Donald Trump took on the task of handling the crisis earlier this year. Trump has taken a particularly aggressive stance toward his rival and has answered in kind to North Korea’s fiery promises of destruction. 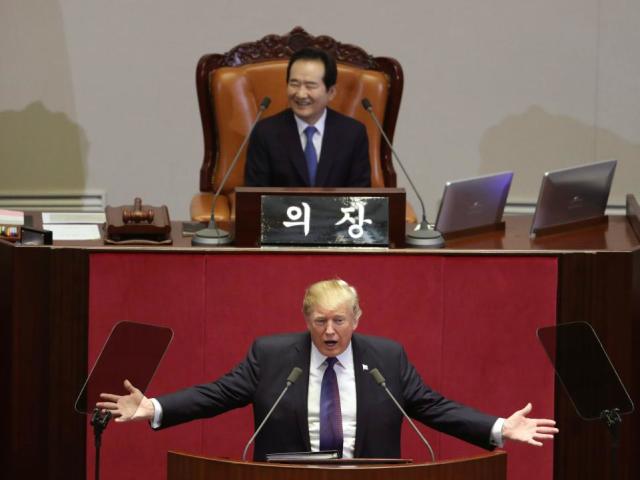 During his first presidential tour of Asia, Trump was set to make a surprise visit Wednesday to the heavily fortified demilitarized zone (DMZ) that has formed the border between North Korea and U.S.-backed South Korea since a 1953 armistice ended a bloody three-year conflict between the neighbors. The visit was canceled because of inclement weather. During a press conference in Seoul, Trump urged Kim to “make a deal.”

A spokesperson for the German Foreign Ministry implored North Korea to heed the U.S. president’s advice out of concern that Trump’s foreign policy had become “unpredictable,” Reuters reported.