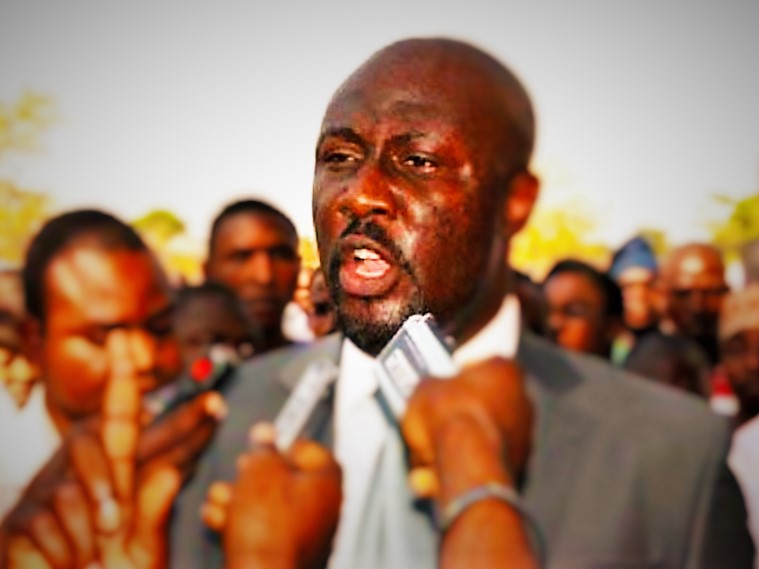 Senator Dino Melaye on Monday said any attempt by the Independent National Electoral Commission (INEC) to continue his recall process will amount to violation of the nation’s constitution because the constitutionally mandated 90 days for the conduct and conclusion of the exercise has lapsed.

Melaye also described as illegal the new mandate given by the Federal High Court presided over by Justice Nnamdi Dimgba that INEC can start afresh the recall process.

Speaking at a press conference at the Senate, Melaye said the Federal High Court lacks the power to extend the time frame on the premise that such violated Section 69 (b) of the 1999 constitution which stipulates the time frame within which any petition requesting the recall of a senator or House of Representatives member must be concluded.

According to him, several judgements by the Supreme Court had affirmed that when a specific date has been attached in the constitution for the conclusion of any matter, no court can give a fresh date for the commencement of such matter when it has already commenced, even if it gets truncated along the way.

He noted that the alleged petition asking for his recall was submitted to INEC on June 23, and that in spite of all issues that prevented INEC from carrying out the processes that would have culminated in the recall, the inability of INEC to finish the process by Sunday, September 23 has brought to an end the 90 days grace period provided for INEC in the constitution.

“INEC received the petition on the 23rd day of June, 2017, the 90 days period as provided for in the constitution for conducting the referendum (after our verification) elapsed by effluxion of time on the 23rd day of September 2017.

In both cases, the judges upheld the sanctity of time frame as stipulated in the constitution as it relates to both, to reject the relief sought by petitioners on both occasions because of effluxion of time.

The embattled senator also stated clearly that he never evaded service of court papers as alleged by the INEC recently.

“I, Senator Dino Melaye, is not evading the service of any purported petitions on me by INEC”, he said.

Speaking in a matter of finality on his decision never to participate in the recall process anymore, Melaye said, “In view of the lapse of time, I shall no longer be in a haste to take any further step in this matter so as not to be seen to have aided any party especially the Independent National Electoral Commission in the continued blatant breach of the provisions of the constitution which I have sworn to uphold”.

He also warned that those who were “induced” to sign the petition against him will soon be in court for forgery and criminal charges.