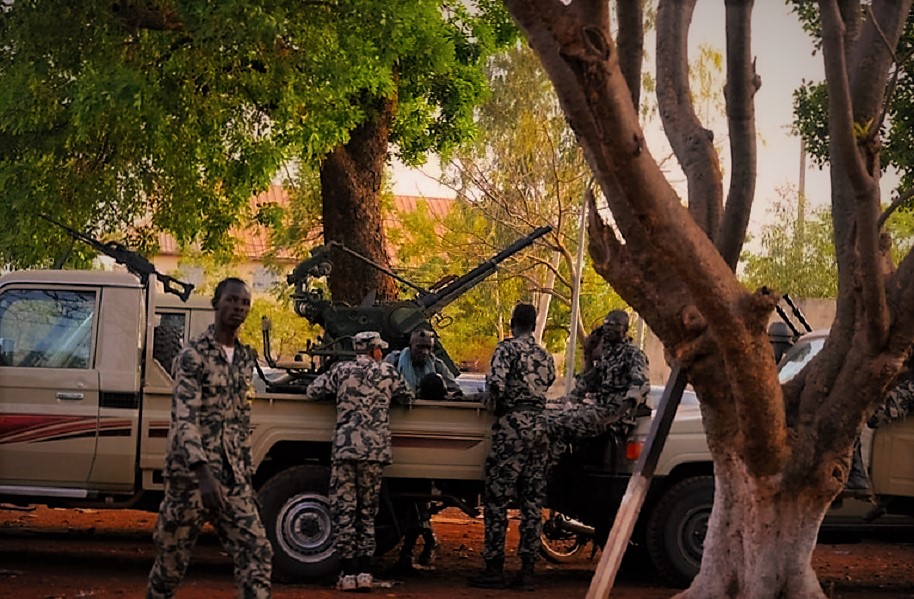 We the Indigenous People of Biafra (IPOB) and it’s leadership worldwide, under the command and leadership of Mazi Nnamdi Kanu the prophet of our time, the Director of Biafra Radio and Biafra Television, wish to alert humanity about the wickedly undemocratic silent Jihadi war unleashed on peaceful Biafran populations, in order to complete the extermination of the Igbo race under the pretext of military exercise in a peaceful civilian environment. This act of primitive criminal intimidation and provocation by Fulani Islamic fundamentalists in the Buhari regime, must not go unchallenged by men and women of good conscience.

Major General Muhammadu Buhari was supposedly elected to preside over a transparent civilian democratic government. However, what we have today is an administration of Fulani ethnic jingoists and unprecedented levels of religious bigotry never before witnessed in Nigeria. This Buhari administration is the very worst kind of elected dictatorship. This latest attempt to use military show of force in Biafraland to deal with legitimate peaceful agitation for self determination vindicates IPOB position that Nigeria is irredeemably primitive and incapable of human development.

Where on earth is it heard that combat ready troops are deployed within the borders of a country to deal with a non-violent civil matter; only in Nigeria. It makes a mockery of the role of the military and a nonsense of the constitution that soldiers can be ordered by one army officer, without the permission of the Senate, to kill civilian populations in an area devoid of any conflict. This is one of the many reasons why we IPOB cannot share the same geo-political space with people that can hardly reason like humans.

These clueless and uninformed members of APC Party in Aso Rock under the supervision of Major General Muhammadu Buhari have once again proven their undemocratic and savage nature. For Fulani Caliphate to think they can intimidate Biafrans the same way they intimidated and conquered Hausa people along with other indigenous ethnic minorities of the North, proves they are not good students of history. Previous Fulani Jihadi campaigns to conquer and subjugate Biafraland have always ended in failure, that is why Biafra has remained till date untainted by virulent Jihadi Islam unlike other coastal regions of West Africa.

Major General Muhammadu Buhari and his core Arewa North are misguided into thinking this present generation can be subdued with threats of war as they did to our fathers. Arewa North falsely boast that they won the 1967-70 War. But as serving officers, which some of them were during that time, they knew fully well that Biafra was defeated by Britain and her fellow conspirators not Nigeria. History is replete with events and instances where British support for Nigeria, especially regarding the secret sale of weapons to Gowon, proved decisive in  ending the war in favour of Nigeria.

The fact remains that Nigeria as a country has never won any war on its own, they always need outside help to succeed. The limited gains made against Boko Haram in 2015 was as a result of the coalition put together by President Jonathan, comprising of troops from Chad, Niger and Cameroon. Nigeria cannot point to any theatre of war comprising exclusively of Nigerian troops with exception of the Congo expedition led by Gen. JT Aguiyi-Ironsi, where they recorded any victory against an armed opposition. Cameroon took Bakassi Peninsula from Nigeria after series of skirmishes between them that ended in defeat for Nigeria both on the battle field and in court.

Nigerian Army are only strong when it comes to killing unarmed peaceful civilians. In battlefield against a formidable adversary, they are cowards. Whenever they come into contact with any battle ready formation they crumble and flee. We IPOB advice Buratai not  to march his Islamic army into Biafraland under the cover of Operation Python Dance because IPOB is agitating for self determination in a peaceful manner. We have no arms and will never resort to bearing arms. Buhari and Buratai should rather focus their attention on the Boko Haram ravaged areas of Bornu, Yobe, and Adamawa. Boko Haram is a well armed army, they are the ones Buratai should be facing not market women in Aba and traders at Onitsha. We are peaceful people by nature but will not tolerate any molestation or intimidation on our soil.

The few crazy people cheering Buratai on with this ill advised military exercise were the same people that called for the execution of Mohammed Yusuf, the peaceful Boko Haram leader. His death gave Nigerians Abubakar Shekau and the deadly insurgency ravaging the North today. Successive Nigerian governments are good at creating problems out of nothing. Had the Nigerian Government not executed Mohammed Yusuf in cold blood, there wouldn’t have been any Boko Haram as we know it today.

Had Ken Saro Wiwa not been executed by the Nigerian state, there would be no militancy in the Niger Delta. Those Hausa Fulani people benefiting from defence contracts and wanting to expand the frontiers of Islam into Biafraland must know that any conflict they ignite will consume them because Britain will no longer support them openly should they provoke another bloody conflict in Biafra. We advice Buratai to take back his armoured tanks to the war front in the North where it’s needed as we are not fighting any war in the East.

We ask every Biafran to remain calm and continue to be law abiding in our peaceful agitation to restore Biafra. Let nobody entertain any fear because the world knows we are IPOB and as such, we are without fear before our enemies. IPOB Family under the command and leadership of Mazi Nnamdi Kanu are in the mighty hands of the Lord the Most High Creator of Heaven and Earth.