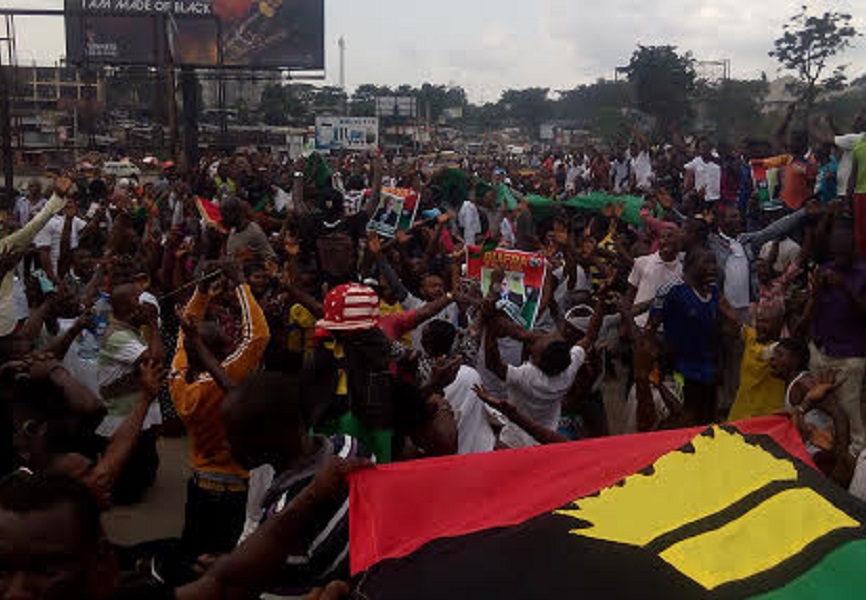 POLICE operatives on Friday dispersed members of the Indigenous People of Biafra who had converged on First Artillery axis of Port Harcourt, the Rivers State capital.

It was gathered that the IPOB members, who were waving flags had gathered in the area to carry out a protest.

Though no reason was given by the members, who were about 200 in number for their gathering, the police were said to have chased them away as they all fled into different directions.

It was learnt that their gathering had caused traffic gridlock on the ever busy Aba- Port Harcourt expressway.

An eyewitness who spoke on condition of anonymity said, “They (IPOB members) suddenly came out in huge numbers and were waving flags and singing songs of freedom. We were told they were on a protest, but we are not aware of what their grievances are.

Another source, who gave his name as Uche, told Southern City News that the IPOB members, might have come out to show that their struggle for a sovereign state of Biafra was still on.

Uche pointed out that no placard was displayed by the pro-Biafra group to send a message to the public on what their grievances were, adding that the flag-waving youths were dispersed barely 40 minutes after they converged on Frist Artillery.

Omoni told Southern City News that the action of the police was borne out of the need to ensure that there was no breakdown of law and order.

“That is correct. I can confirm it; they came and were peacefully dispersed. Nobody was injured and we were very professional in handling them. Part of our responsibility is to protect lives and property.

“There was a security concern and we went there to disperse them. It happened today,” the state police spokesman added.