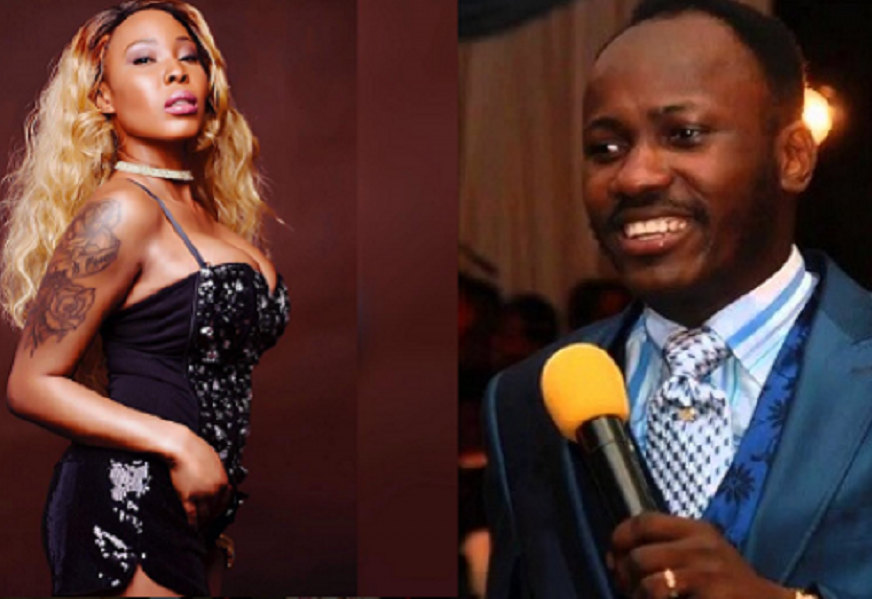 There are indications that Miss Stephanie Otobo’s  partner, Wisdom Godstime may have jumped bail prompting the police to arrest and arraign his  surety, one Lateef Olakunle Sholagbade leading to a remand of the latter in Ikoyi Prison late Thursday by a Chief Magistrate Court in Lagos. 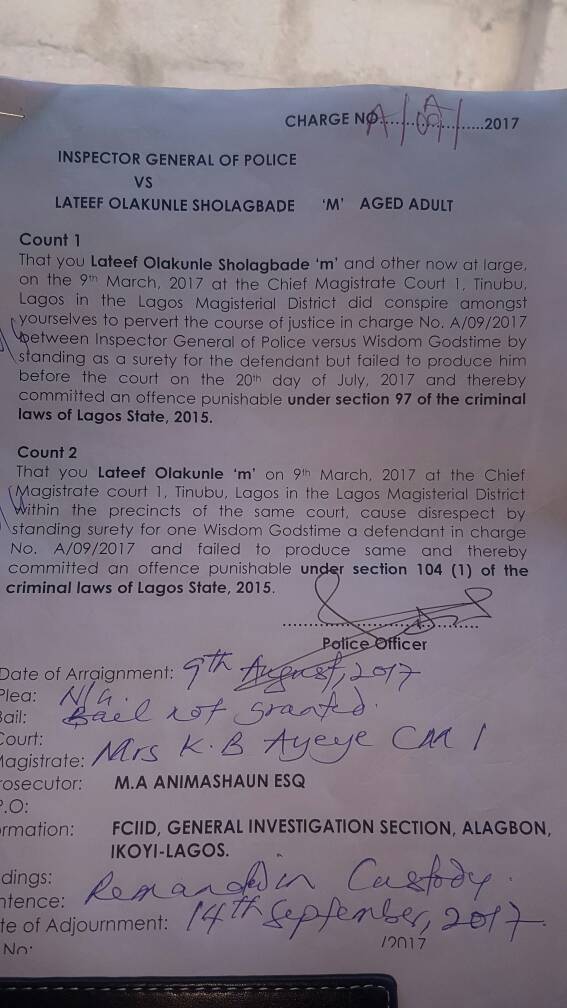 This followed a claim by Miss Otobo of an alleged amorous relationship with Apostle Suleman, including a so called promise by the cleric to marry her.

The police reportedly swung into action after been alerted by Apostle Suleman of the scheming of Miss Otobo, a Canada based ex-stripper and had her arrested along with Godstime identified as an accomplice at a bank in Lagos while attempting to withdraw money paid ostensibly to settle the said blackmailers.

Otobo and Godstime were subsequently charged before a Magistrates Court March 6, 2017 for terrorism and blackmail by the Inspector General of Police but granted bail and case adjourned to April 27, 2017. A second adjournment was fixed for July 20.

Following the failure of Otobo’s partner, Godstime to appear in court on the two adjourned dates, the police arrested and arraigned Lateef Olakunle Sholagbade one of the sureties who stood for bail to be granted.

The charge read by Police Prosecutor M.A. Animashaun, Esq stated that Sholagbade and others at large conspired to pervert the course of justice an offence punishable by Sections 97 and 104 (1) of the Criminal Laws of Lagos State, 2015.

Chief Magistrate K.B. Ayeye in her ruling rejected the plea for bail by the accused and instead ordered him remanded in Ikoyi Prison till September 14, 2017.

It will be recalled that Miss Otobo had vowed to sue the police and Apostle Suleman for wrongful detention and failing to pay the said N500 Million for damages sustained as a result of the promise by the renowned pastor to marry her. Neither suits have been filed in court till date.