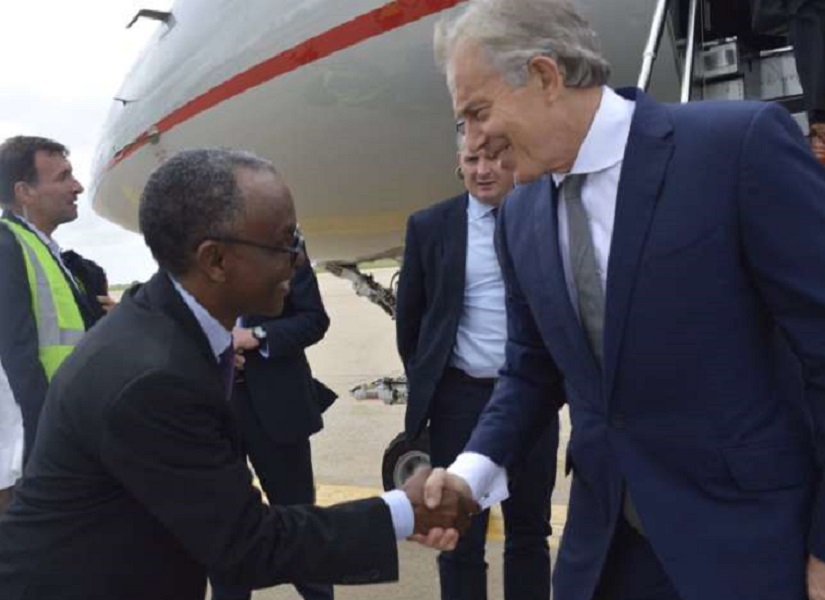 We the indigenous people of Biafra (IPOB) and it’s leadership worldwide under the command and leadership of Mazi Nnamdi Kanu hereby accuse the former Prime Minister of Britain Mr Tony Blair of trying to instigate another round of ethno-religious violence against Christians and Biafrans in Northern Nigeria. History taught us that Arewa core North enamoured themselves to British rulers by twice rejecting independence from Britain which resulted in two notable massacres of Biafrans and Christians in Northern cities in 1953 and 1957. We also know that Britain have over the years served as godfather to the few feudal lords in the North, which is why Britain supported the rigging of census figures in 1953 that entrenched permanent Hausa Fulani domination of Nigerian politics.

This same British godfatherism towards the Arewa core North was also responsible for the military and diplomatic support that enabled Nigeria to win the genocidal war against Biafra. Britain, supposedly a Christian country, for reasons best known to them, have persistently worked against the interest of Biafra and majority of Christians in Nigeria. What Tony Blair is doing today is a well trodden path for the British government. They have come to officially give their blessing to the impeding massacre of Biafrans and other Christian minorities in the North. Simply put, Tony Blair has come to instigate another civil war in Nigeria the same way he started the one going on in Iraq today. Arewa Consultative Forum along with Northern Elders Forum must know that 1967 is not 2017 because Britain will not defend them when the chips are down.

The raw hatred and persecution of Biafrans by the British through Hausa Fulani core North is simply because of our enterprise and strong belief in the Judeo-Christian faith. ‎We are happy that in Nigeria today, leaders from Middle Belt especially are beginning to realise the existential threat from Hausa Fulani Islamic fundamentalism to the survival of Christianity and Christians in Nigeria.

The struggle for Biafra independence which we are proudly agitating for are often misunderstood by the very few vocal but inconsequential social commentators and failed Nigerian leaders who are not educated enough to distinguish between self determination and secession. For the avoidance of doubt – Biafra freedom is not just a living agitation but a fight for the survival of oppressed peoples in Nigeria against the entrenched threats of radical Islamic fundamentalism and their political collaborators in Nigeria and Britain.   ‎

Christians from Adamawa, Taraba, Nasarawa, Niger, Plateau, Benue, Kogi and Kaduna (specifically, Southern Zaria) have been under bondage for decades now with nobody capable of speaking up for them. The survival and existence of the indigenous peoples of these states are under severe threat of extinction. We are happy the leaders of these areas are now beginning to wake up to the realisation that not only Biafrans are in great danger that they too are under threat of annihilation.
‎
Therefore, it is very understandable to all and sundry that our leader Mazi Nnamdi Kanu and IPOB family members worldwide are not the problem of Nigeria, instead what the world is witnessing today are the symptoms of a failed state. It is very clear to all and sundry that Nigeria has failed as a state in its current form and composition. The best approach remains a peaceful dissolution of the this great British fraud. The issues at stake are not about North vs. East or West vs. South, but about the survival of our people, culture and religious beliefs. It is about good people versus evil people. ‎