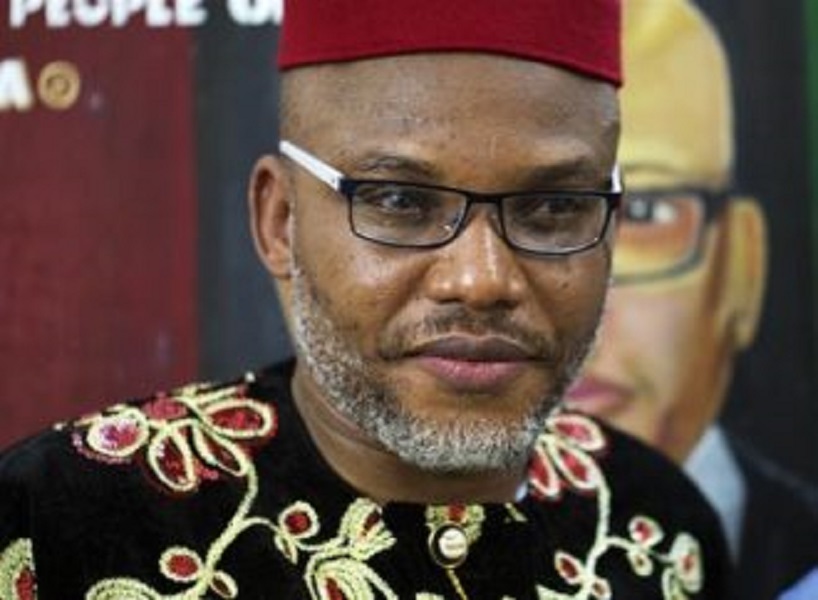 We the members of the indigenous people of Biafra (IPOB) under the leadership of Mazi Nnamdi Kanu have observed with great dismay over the purported plan by the DSS and some politicians to cause misunderstand and confusion between the IPOB leader Mazi Nnamdi Kanu and Christians in Biafraland.

Mazi Nnamdi Kanu the IPOB leader in his life never challenge the authority of God Almighty who created Heaven and earth or Jesus Christ the son of God even the spirit. It is very pathetic that the enemies of Biafra, IPOB and Mazi Nnamdi Kanu will use his name on Facebook and other social media platforms to disunity among the people of God and with Christian faith.
Nnamdi Kanu is a Christian and cannot blasphem God Almighty and his son Jesus Christ, those using his name as savior, messiah and Jesus is misinformed and uneducated because he never asked them to do so.

Since the announcement for the election boycott in Anambra State, the Federal Government and their agent the DSS mapped out strategies and huge amount of money sharing to destroy and tarnish the image of Nnamdi Kanu and IPOB in general,  those with this stupid story on social media platforms should retrace their steps because they will fail.

The boycott of election in Anambra State come November this year was not the making of Maxi Nnamdi Kanu rather the wish of eastern Nigeria and IPOB members who visited him in his home town Umuahia, where the people told him that they don’t need election again in Biafraland and they are ready to boycott election because since the creation of Nigeria they benefited nothing Nigeria elections except killing, riots and humiliation from our politicians.

Nnamdi have warned everybody to stop using his name or comparing him with God Almighty and nobody can prove that he want people to compare him with Jesus Christ either through the video or voice call, if you have show it. It is dangerous to comparing him with God Almighty or Jesus Christ. It is the work of enemies planted within us by DSS and some politicians. Those involved in this ridiculous scandal and deformation of character will fail without delay and God Almighty Chukwu Okike Abiama must deal with them.

Therefore, we call on Biafrans, Clergymen and Women, Churche leaders and Christians to disregard the allegations it is work of evil people who doesn’t want to see good things coming to our people. More so, we hereby warn those using Nnamdi Kanu on social media to stop it forthwith.