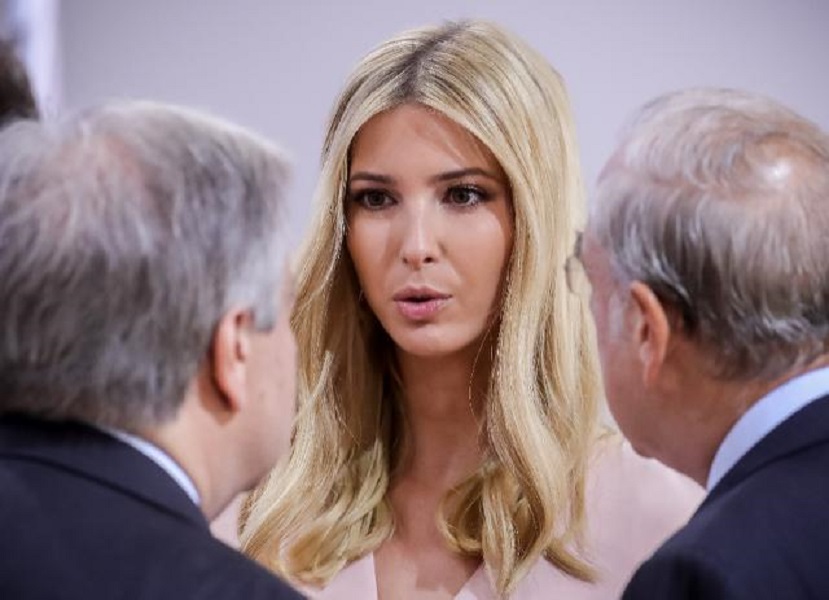 Hamburg (AFP) – For a moment at the G20 summit on Saturday the United States was represented by another Trump, when the president’s daughter Ivanka took a seat at the table of world leaders.

The 35-year-old former fashion model sat around the table with Xi Jinping, Recep Tayyip Erdogan, Angela Merkel and Theresa May, diplomats and the White House confirmed.

The incident fuelled long-standing allegations of nepotism against the US leader, who has put family members in top White House positions.

A White House official told AFP that Ivanka had been at the back of the room but “briefly joined the main table when the president had to step out.”

That occurred when “the president of the World Bank started talking as the topic involved areas such as African development — areas that will benefit from the facility just announced by the World Bank.”

The official emphasised that “when other leaders stepped out, their seats were also briefly filled by others.”

Historian Anne Applebaum took to Twitter to denounce what she described “an unelected, unqualified, unprepared New York socialite” being seen as “the best person to represent American national interests.”

Earlier in the day Trump waxed lyrical about his daughter before a bevy of world leaders, gathered to boost a fund to encourage female entrepreneurs.

“I’m very proud of my daughter, Ivanka — always have been, from day one — I had to tell you that, from day one.”

“She’s always been great,” he said. “A champion. She’s a champion.”

Trump then prompted some nervous laughter when he mused about whether he had made her life more difficult.

“If she weren’t my daughter, it would be so much easier for her. Might be the only bad thing she has going, if you want to know the truth.”