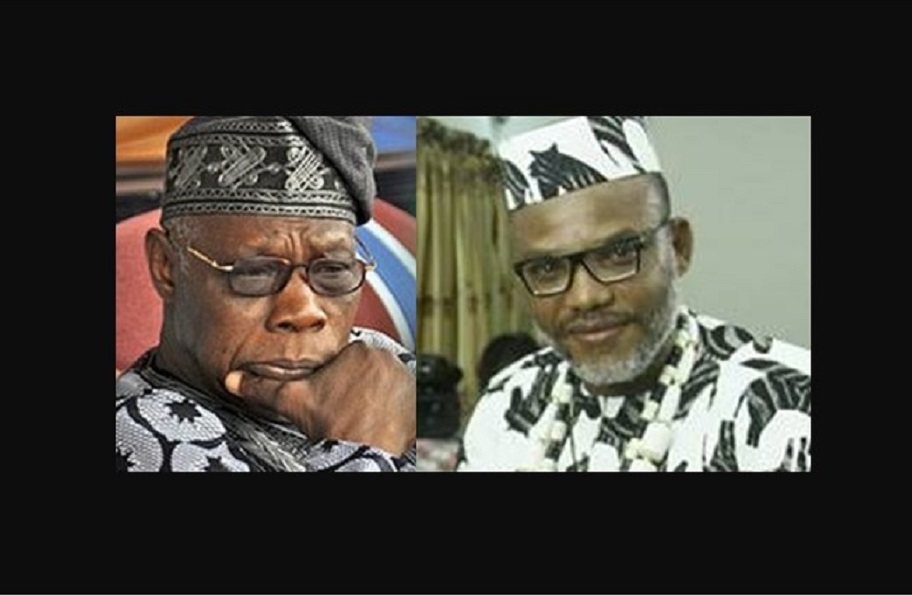 We are drawing the attention of the well meaning civilised society across the globe that Obasanjo have decided to put Nigeria into coax by calling Nigeria Army to plot a coup in Nigeria to justify his call to assassinate Mazi Nnamdi Kanu and other members of IPOB who are bent in using peaceful means to restore Biafra. The call by Olusegun Obasanjo is to repeat the scenario of 1966 massacre of Biafrans especially the Igbos living in Northern and Western parts of Nigeria before the war of genocide broke out against the people of Biafra between 1967 and 1970.

Since the inception of IPOB and emergence of Our leader Mazi Nnamdi Kanu we have maintained the nonviolent posture towards the restoration of Biafra, IPOB have never killed any fly rather the Federal Government of Nigeria and her security operatives have been killing the innocent members of IPOB and Bisfrans without provocation.

IPOB and Biafrans are not calling for war or any confrontation with Nigeria Government, individual or group, what we are requesting is referendum to ascertain whether the people of Biafra would choose to remain in Nigeria or not. Again and to ascertain if the people of Biafra will choose to remain with the humiliation, killing, sufferings in Nigeria. All the civilized world knew the meaning of self determination and referendum that it cannot become a call for war rather it is legal means in the United Nations charter which suppose to be honoured by any member country including Nigeria Government and her politicians like Obasanjo and others.

With this we are calling on United Nations UN, African Union AU, European Union EU, ECOWAS, USA Government, Russia Government, Israeli Government, French Government, Canada, Australia, Chinese Government, British Government, Japan, Amnesty International, Human Right Watch, other relevant human rights organizations across the globe and the people of good conscience in the whole universe to be aware of the statements credited to former president of Nigerian Chief Olusegu Obasanjo to assassinate Nnamdi Kanu through the military take over in Nigeria and caution him and his colleagues to stop the barbaric move because there is no genuine way there.