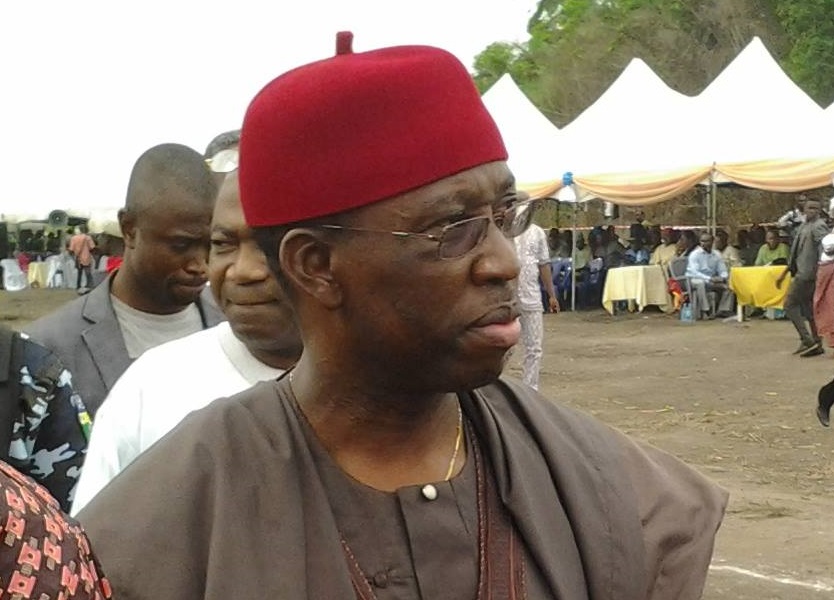 Barely 48 hours after Delta state governor, Mr. Ifeanyi Okowa begged the New Delta Avenger, (NDA), coalition of ex-militants from the oil producing areas of Delta State for a dialogue, the group has challenged Governor Okowa to give account of the 13 per cent derivation received so far from the Federation Account in the last two years and what went to the oil producing communities, especially the Delta State Oil Producing Areas Development Commission, (DESOPADEC.)

The new militants group had last week threatened to resume fresh hostilities in the state from June 30, over what it called Governor Okowa gross marginalization of the oil producing areas of the state.

Issuing the fresh statement, the spokesperson of the militant group, self acclaimed CPL Olleum Bellum accused the governor of mass looting of the state treasury.

“If you see the allocations for states that were released by Ministry of Finance today (yesterday), you will see that Delta State and Okowa were paid N4, 747,930,884.16 billion for February and DESOPADEC is supposed to get half of that money, but we know that nothing was paid to DESOPADEC.

“We also call on President Muhammadu Buhari and Vice President, Prof Yemi Osibanjo to pay the 13 per cent money directly to oil communities. We want to control our resources in Delta because government has failed us. This may become another frontier in the war against operation in the Niger Delta.”

The militant group demanded the names and physical locations of the projects the state government claimed to have spread across the oil communities in Ija, Isoko, Ijaw, Isoko, Ndokwa and Urhobo communities.

“But we have to inform you today that the hour is near. We said before that we will commence our operation on the end of month, that we can move the date forward. New Delta Avenger command is now ready. We have sent all our boys and materials to the location we are target (sic) and we have also put the government on notice about our action. We are not cowards; we do not hide under the shadow to operate.”

“Let the governor wake up from his slumber and come to term with his vicious acts towards our communities. He cannot wash away the truth. He has not done anything to benefit the oil communities from Ndokwa to Koko to Forcados. We said he is robbing Peter to pay Paul and we stand by this. Let him release the fact on the fund that he had given to DESOPADEC.

“Why is he not publishing accounts of the state allocation, internally generated revenue, IGR and other revenues and what he has done with them like his colleagues in other states are doing. Even projects that were begun before the Okowa government by DESOPADEC have all halted because the money is being siphoned.” it stated.

247ureports.com can report that the emergence of the new militant group has continued to give governor Ifeanyi Okowa serious sleepless nights which have forced him in reaching out to some ex-militants to intervene and enter into a round table discussion with the group.