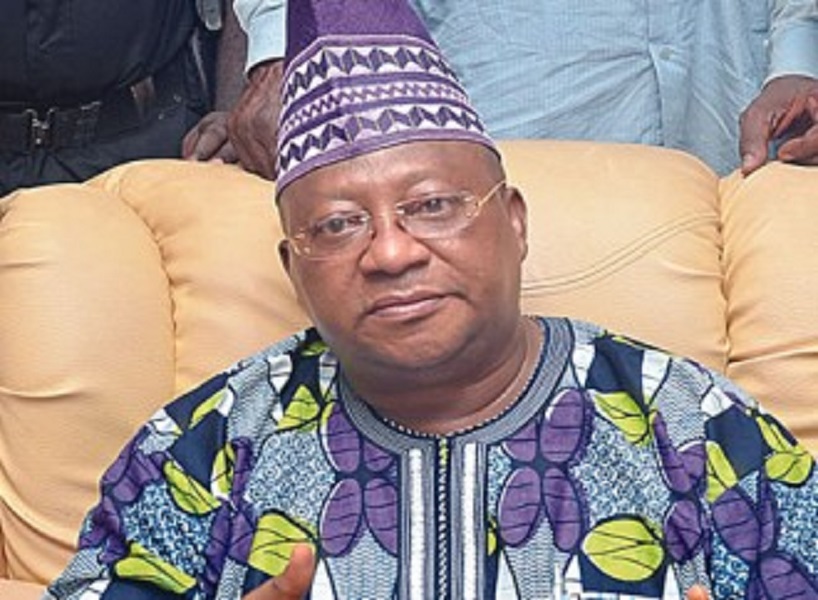 “This thing of being a hero, about the main thing, is to know when to die. Prolonged death has ruined more men than it ever made.”  –  William Penn Rogers, 1879-1935

But for the purpose of being economical with the truth, Adeleke was indeed a leader in the true sense of the word: hardworking, deeply dedicated and astutely committed to any cause he believed in. The first time I  met this flamboyant politician was in 1991 or thereabouts; and it was at Anaye K30 in Ilesa, State of Osun, in the heat of campaign activities which eventually led to his election as the first civilian governor of the newly-created Osun State. The rest, as it is often said, is history!

Well, while all the  controversy  that  Adeleke’s death has brought along with it may not be unexpected more so as  he belonged in the class of kings, my initial opinion was that it might amount to running against the grains of our values as well as a dilution of moral principles to get involved  in any arguments  whatsoever on the passing of a beloved leader. Nonetheless, we have reached a stage when some questions need to be asked and some issues have to be appropriately situated. Who knows? Some unbeliefs may be helped!

To start with, it is an established fact that all mortals have their appointed dates with death. However,  the  mode, place and time of one’s departure are God’s exclusive preserve. For instance, while Michael Joseph Jackson was ‘autopsied’ to have died “of acute propofol and benzodiazepine intoxication” on June 25, 2009, at the age of 51; and his doctor convicted of “involuntary manslaughter”,  Prince Rogers Nelson took his leave through “a fentanyl overdose” on April 21, 2016, at the age of 57. Here in Nigeria, Lateef Adegbite  died  from “age-related diseases” on 28, September 2012 at the age of 79. In Adeleke’s case however, it is disheartening to find out that members of his family seem to have forgotten that death is no respecter of persons, positions or ranks; and that, irrespective of how influential or highly-placed one may be in the society, death is a necessary end which will strike  on its  own accord, not at its victim’s discretion.

To the best of my understanding, Adeleke’s family’s approach to this unfortunate incident raises some posers: does the family have some information on its scion’s death for which it is  waiting for an appropriate time before letting the cat out of the bag? Does it have some secrets about the late politician which it is trying to shield the public from coming in contact with? Is there more to Isiaka’s death from which the family is trying hard to divert public attention? Is it employing blackmail as a fig leaf for coercing the party to “consider the replacement ticket of the vacant senatorial seat to the Adeleke family”? Or, is its current posturing aimed at simply embarrassing the governor or  rubbishing his government? If the answer to the last question is in the affirmative, what does the family intend to gain from such an action?

By the way, who killed Isiaka Adeleke? A ‘family source’ had earlier admitted that Adeleke died of “heart attack” (Vanguard, April 23, 2017) while a report in The Punch, April 24, 2017 had it that he died “after a protracted ailment.” On Monday, April 24, 2017, Saharareporters, an online news medium, reported that the late politician died of drug “overdose of intravenous medication, fluid laced with a huge quantity of painkillers” which “conspired to block his heart leading to a heart attack that killed him.” This was corroborated, especially, by the accounts of Akeem Lasisi, the Chief Medical Director of Ladoke Akintola University of Technology Teaching Hospital, while testifying before a coroner set up by the state government to probe circumstances surrounding his death   (Punch, May16, 2017). And the pathologist’s, too!

Let me ask again: who killed our beloved Adeleke? If he was poisoned, as some enemies of the late politician are wont to make us believe, who did it? When did it actually happen? Where and how did it take place? And for what purpose? Put in a better perspective, who killed Abubakar Audu, that All Progressive Congress (APC) governorship candidate in Kogi State, who providence turned into the Nigeria’s Moses of the Year 2016? Was he poisoned too? Who killed the late Chief Obafemi Awolowo, who  also  left  this  world  of  sin  almost in a manner similar to Adeleke’s? Who killed Dipo Famakinwa, a brother and  a  confidant, who died less than 72 hours before Adeleke? Who killed Professor Ayodele Awojobi, that ‘Akoka Giant’, scholarly genius who died on September 23, 1984 at the age of 47?  And  who killed Lamidi  Ariyibi Adedibu, who died on June 11, 2008 at the age of 80?

On the other hand, was  Adeleke’s unfortunate death intended to blackmail somebody, somewhere, somehow that his supporters  had  wanted to hurriedly commit his remains to Mother Earth without following some simple medical procedures? Was that why they couldn’t even honour the dead by looking for an ambulance either from the O’AMBULANCE pool, even, from Adeleke University, for the purpose of decently conveying his remains from the hospital to his home on that fateful Sunday? In the spirit and the letters of the law, what efforts have been made by relevant authorities to interrogate those who were with the late politician till the early hours of Sunday, April 23, 2017 before he retired to bed to breathe his last? Assuming without conceding that Serubawon, as he was fondly called by his admirers, was poisoned, how did the poison get to him or into his meal? Who among those who were with him at Kuta, all through to Ede, served as the courier for the poison alleged to have sent him to his early grave and at what cost?

It is painful to note that some ‘crying-more-than-the-bereaved’ individuals have been displaying crass bereftness of ideas in their sinister purpose of feasting on the misfortune of a family. Unfortunately, those political opportunists  are either lazy, uninformed, misinformed or simply being mischievous. Otherwise, their findings ought to have revealed that Governor Rauf Aregbesola’s trip to China was on the ticket of Nigeria Governors Forum; that he left long before Adeleke’s death; and that he was not alone on that Nigeria-China Governors’ Investment Forum trip as other governors  like Abdul’aziz Abubakar  Yari of Zamfara State and  Okezie Ikpeazu of  Abia State were also in attendance.

Let me confess here that the controversy surrounding Adeleke’s death was yet another in the series of the rapacious and unenlightened politicization of death in our clime and it is the sad side of our Nigerianness. But then, why would he have been killed? For political reasons? I doubt! Though, Osun governorship election is slated for the latter part of 2018, party primaries are, as we speak, yet to be conducted. Even, the slot has neither been zoned to the West nor  any would-be contestant for that matter been anointed as the ruling party’s candidate. So, why would Adeleke have been killed? The interesting truth in this unfortunate incident is that the forest contains what hunts the hunter!

Again, this is where those who are falsely and unfairly accusing the government of having a hand in Adeleke’s death may be ignorant of the workings of the law. Otherwise, they ought to have known that, if a husband dies under questionable circumstances, the first suspect in law is his wife, and vice versa. Interestingly, Jackson and Rogers have demonstrated that age of practice has got little or nothing to do with negligence. By the same token, I doubt if there’s  a meeting point between orthodox medicine and voodoo practice in Nigeria’s Constitution. Not only that, supposing there are factions within the ruling party in Osun as some people would  want Nigerians to believe, I doubt if Adeleke would have attended an enemy camp’s function, not to talk of being a partaker of the ‘aso ebi’, specially made for that occasion. Again, I doubt if ‘Serubawon’ would have eaten at his enemy’s table!

Gone but not to be forgotten! Sad  that, once upon a life, His Excellency, (Senator) Isiaka Adeleke was with us in this wide, wild world of sin! Now, he belongs to history!  Nevertheless, the comforting truth is that he has done well for his race. For this reason, he should be spared the opportunity of a well-deserved rest.

May the Strength of Israel  comfort his family and wipe off  their sad tears and may my condolences assuage  the  anxieties of all  those who are badly affected by his death.

May the soul of the faithful departed be at peace with his Creator!