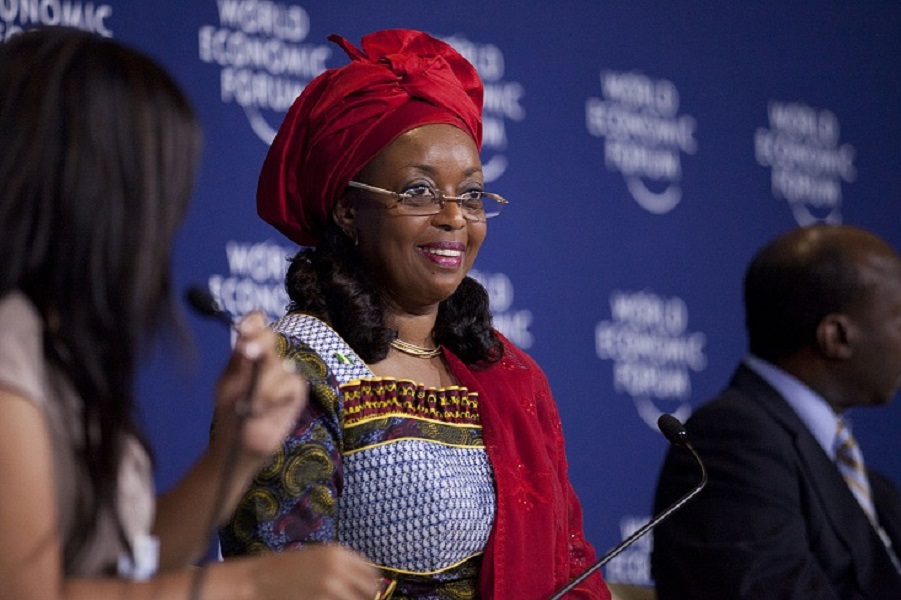 Adedoyin alongside Christian Nwosu and Tijani Inda Bashir were re-arraigned today on an amended six-count charge bordering on receiving gratification to the tune of N264, 880, 000.00 ( Two Hundred and Sixty-four Million, Eight Hundred and Eighty Thousand Naira) by the Economic and Financial Crimes Commission, EFCC, before Justice M.B. Idris of the Federal High Court Ikoyi, Lagos.

One of the counts reads: ‘‘That you, Mrs. Diezani Allison Madueke (still at large) and Tijani Inda Bashir on or about the 27th day of March, 2015 in Nigeria within the jurisdiction of this Honourable Court directly took possession of the sum of N264,880,000.00(Two Hundred and Sixty-four Million, Eight Hundred and Eighty Thousand Naira) which sum you reasonably ought to have known forms part of the proceeds of an offence contrary to Section 15(2)(d) of the Money Laundering (Prohibition) (Amendment) Act, 2012 and punishable under Section 15(3) of the same Act.’’

Both the first defendant, Nwosu, and third defendant, Bashir pleaded not guilty to all the charges when they were read to them.

However, the second defendant, Adedoyin, pleaded guilty to count four of the charge.

While addressing the court,  the prosecution counsel, Rotimi Oyedepo,  told the court that the second defendant, Adedoyin, benefited the sum of N28million out of the N70,050,000.00(Seventy Million, Fifty Thousand Naira) he collected from  the third defendant, Bashir,  during the 2015 general election.

Oyedepo further told the court that Commission had recovered properties worth N23 million and N5 million draft from Adedoyin’s account.

In his address, Oyedepo also told the court that Adedoyin had entered a plea bargain agreement with the Commission to pay a fine of N10million.

Oyedepo, however, said that the N5 million recovered from his account will form part of the N10m fine.

In his ruling, Justice Idris also accepted the plea bargain agreement between the convict and the Commission.

Meanwhile, the first defendant, Nwosu, who had earlier been convicted by the court, changed his defence counsel at today’s sitting.

Nwosu also changed his plea from ‘guilty’ to ‘not guilty’ in the amended six-count charge.

In view of the pleas of not guilty by both the first and third defendants, Oyedepo prayed the court to transfer the matter to the Chief Judge, Federal High Court for re-assignment on the grounds that Nwosu had earlier been convicted.

He argued that in the event of an accused pleading not guilty after pleading guilty, the Administration of Criminal Justice Act, ACJA, states that such a matter should be re-assigned to another judge.

Justice Idris adjourned to May 15, 2017 for the hearing of the Nwosu’s bail and ordered him to be reminded in prison custody.

It will be recalled that the accused were first arraigned on April 5, 2017 by the EFCC on a seven-count charge.

Following their arraignment, Nwosu had pleaded guilty to the charge.