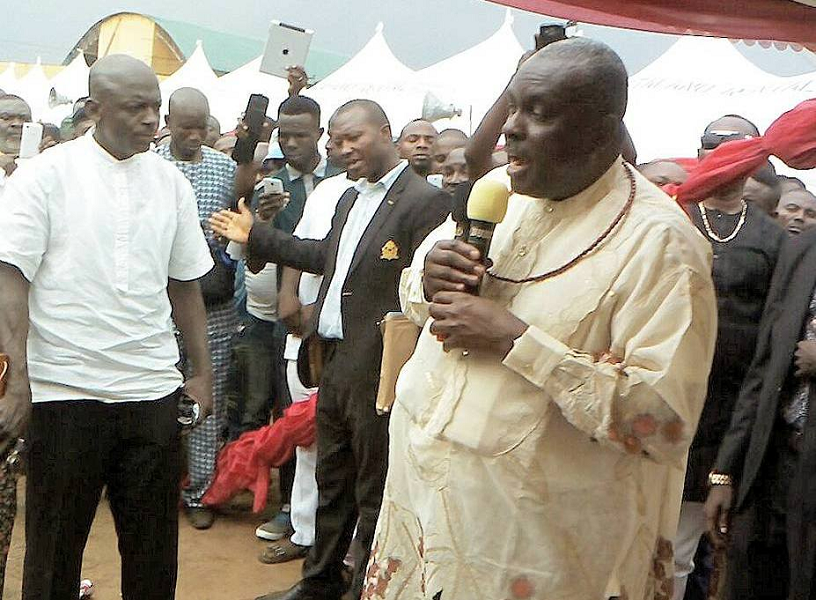 Twenty-two members of the Delta State House of Assembly (DTHA), have impeached the Speaker, Rt. Hon MondayOvwigho Igbuya, for alleged incompetence in running the affairs of the House.

News of the Speaker’s impeachment filtered into town Thursday, at about 6:00am when 22 members of the House converged and signed the Impeachment notice after surviving about three unsuccessful attempts.

It was gathered that the 22 members including the Clerk of the House, Lyna Ocholor, who was allegedly whisked by members while doing exercise in the morning were present at the sitting just as unconfirmed sources said the Assembly premises was allegedly cordoned off by armed personnel.

It was learnt that the sitting which sacked Igbuya was presided over by the Deputy Speaker, Rt Hon. Friday Osanebi, even as the impeached Speaker was slammed with a 3-months suspension while the former Majority Leader, Barr. Tim Ohwofere was allegedly given an indefinite suspension.

Also, the member representing Warri North, Hon. Michael Diden, aka, Ejele is allegedly fingered to be behind the successful impeachment of Igbuya after been alleged to have protested against the Benin Electricity Distribution Company in Sapele.

It was gathered that after the impeachment, the members moved to Government House to meet with Governor Ifeanyi Arthur Okowa.

Delta State House of Assembly workers are in a jubilation mood when our correspondent visited the Assembly Complex.

It was learnt that Okowa and Ibori are allegedly in cold war over Igbuya’s saga as the governor is said to be knowledgeable of Igbuya’s trouble.