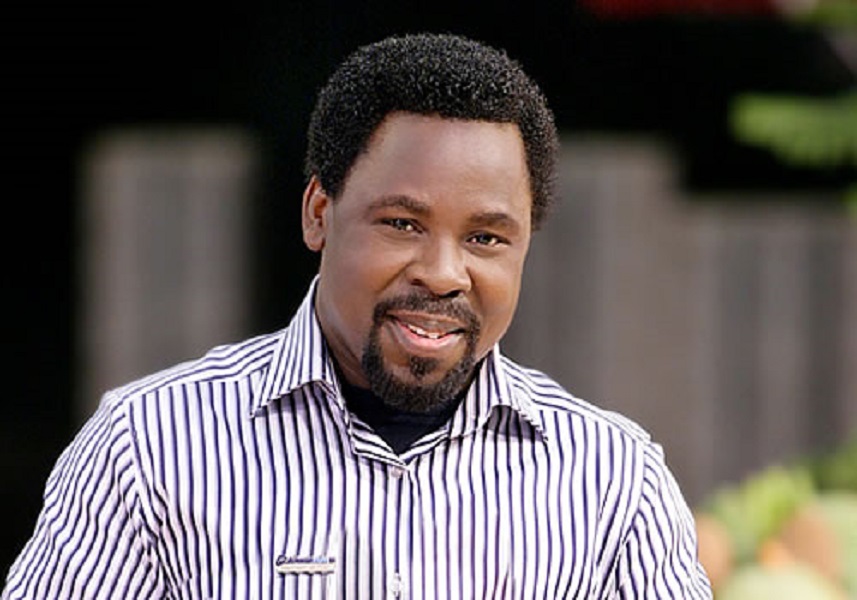 A chieftain of the ruling All Progressives Congress (APC) Comrade Timi Frank, has appealed to the Nigerian popular Prophet T.B Joshua to reconsider his decision and drop the idea of relocating from the country to Isreal.

Comrade Frank also called on governments at all levels, agencies of government and other peace loving religious leaders across board to prevail on Prophet Joshua no to abandon the Nigeria.

The popular Prophet had declared during his address on Sunday 30th April 2017, that he had just returned from the ‘Holy Land’ after holding meetings with three prominent Israeli mayors of Jerusalem, Tiberias and the Jordan Valley.

According to the cleric, the mayors have offered both land and facilities in an area around the biblical site of the Sea of Galilee for the Nigerian Pastor to organise meetings for international pilgrims.

But in a statement signed in Abuja on Wednesday, Comrade Frank said Prophet Joshua’s presence in Nigeria goes beyond religious rituals but also “has positive economic impact” on the lives Nigerians and the country at large.

Frank said statistics from the Nigerian Immigration Services had made it clear that six out of every ten travelers to Nigeria visit the country because of Prophet TB Joshua’s ministry, adding that such religious tourism into the country impact positively on the local businesses.

“I am making this appeal bearing in mind millions of people who daily benefit from welfare programmes of this man of God, not only in Nigeria but in Africa as a whole.”

The APC deputy national publicity secretary also urged the Prophet to consider all what he (Joshua) termed persecution to what the Lord Jesus Christ paid to save the humanity.

“Prophet Joshua should know that God did not make mistake of created him a Nigerian and an African with a big assignment. So, I believe that his God will vindicate him of whatever persecution that might come his way.”

Frank, however, said the prayers of the man of God were even more needed now than before in the country, considering several challenges confronting the nation.