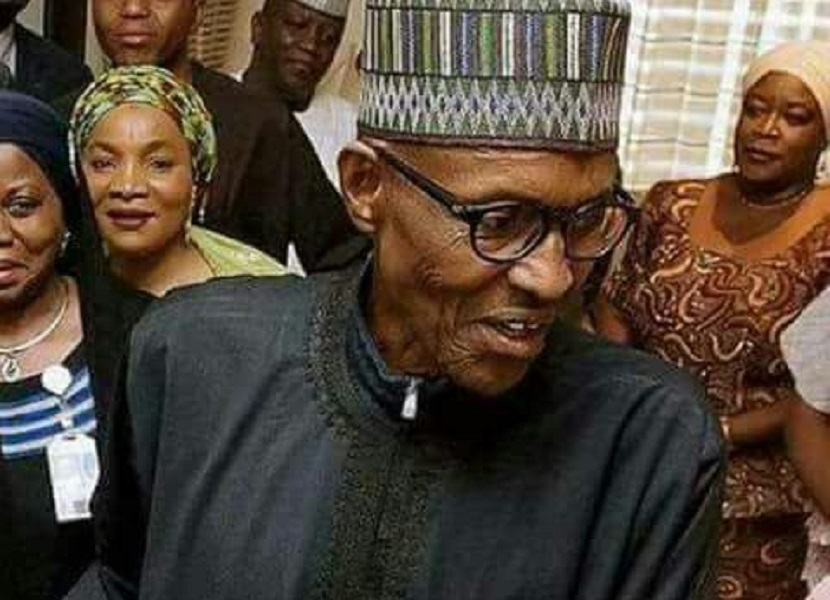 The group in a statement issued in Kaduna and signed by its President, Hon Idakwo Jibrin and Secretary General, Alhaji Adamu Wakil decried what is said is the exploitation of President Buhari’s health by some Yoruba Leaders To create crisis in the country.

The group cited remarks relating to the President’s health credited to Chief Bisi Akande, Femi Falana describing such as part of a larger plot to plunge the  country into crisis, bearing in mind that the Yorubas will benefit fr

The group said what is a personal challenge to the President has been politicized beyond comprehension by politicians who hide behind the pretext of agitating for what is in the country’s best interest.

The statement reads partly, “Even more unnerving is situation whereby people we once held in high esteem as elders, leaders and professionals decided to descend into the mud, using President Buhari’s health as their new object of obsession.

“They have fanatically tried to impose this obsession of theirs on other Nigerians in a desperate bid to cause panic and confusion.

Sadder still is the fact that these mischief makers are people who pose as President Buhari’s All Progressives Congress (APC) party leaders, associates and friends. With this crow of desperadoes Mr

President need not worry about the opposition, the real vipers nest in his courtyard.

“They are the ones, who finding no avenue to corner the government to themselves, are now working day and night to use the President’s health as campaign tool to hijack the government.

We want Nigerians to specifically call these people to order. They cannot be allowed to run riot with their own missions to the detriment of the rest of us. The founding Chairman of the APC, Chief Bisi Akande, who spoke from two opposing directions – he urged caution about the way President Buhari’s health is discussed yet went on to describe it as a challenge to Nigeria. This prevarification is unbecoming of an elder statesman of his stature.  He should apologize to Nigerians and stop making such unguarded utterances going forward.

“Akande’s role is however that of “the Voice of Jacob and the Hands of Esau” since it is glaring he spoke for the self appointed Yoruba Leader, Bola Tinubu, whose protégé is the next in line to benefit if President Buhari can be shoved aside on health grounds.

“This is a reckless abuse of the constitution and open provocation of the masses. We therefore tell Tinubu in clear terms to allow the nation be. The same way he could not sell the Muslim-Muslim ticket to hitch a ride as President Buhari’s deputy is the way he would not succeed in the current venture.

“In what has confirmed that President Buhari’s health is being exploited as a Yoruba plot against the rest of Nigeria, APC affiliated lawyer, Chief Femi Falana, is apparently cobbling together an alliance of lawyers, commercial CSOs and paid activists to cause crisis.”