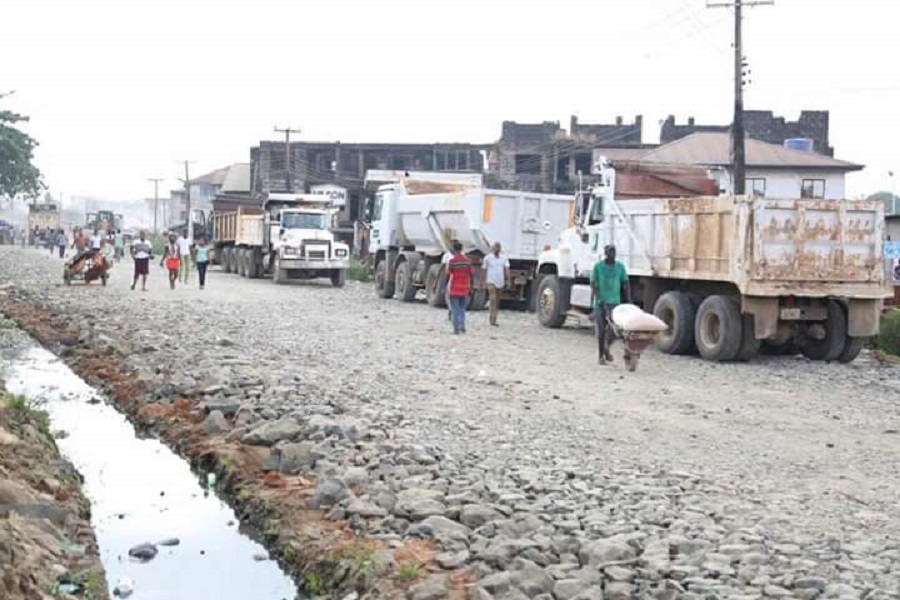 Member representing Aba North/Aba South federal constituency in the House of Representatives, Mr. Ossy Prestige, has threatened to petition the Economic and Financial Crimes Commission, (EFCC) over a road contract awarded to a construction firm by the federal government through the Anambra/ Imo River Basin Development Authority.

It was learnt that the contract which involves the asphalting of the 2km Garden Avenue in Aba, Abia State, is being executed by Eme Technical Company Limited, who has been mobilized to site since January.

Prestige, who spoke to journalists after an inspection visit of the project, expressed dissatisfaction on the lack of drainage system on the road as well as slow pace of work by the construction firm handling the job.

He threatened to petition the EFCC if the contracting firm fails to work to the specifications of the contract which include construction of a 2km road with drainage channels. Prestige disclosed that the federal government has released 80% of the cost of the contract to the River Basin Authority, and lamented that the work done is not up to the 50% contract cost which the contractor claimed to have been paid.

According to him, “I’m totally dissatisfied, I have inspected this project which is for a 2km road, that’s what government is paying for .There is no way the contractor will say that he is doing 560 metres without a drainage system contrary to specifications of the contract. We can’t tolerate this. The contract is for 2km, 560 metres. 40 million was budgeted for this 2km road project; I’m surprised the contractor is saying he was awarded a 560 meter road project. This is untrue.

“This is why we have taken measurement of the adjoining roads; the contract must be done up to 2km metres as awarded. There is a need to question the rationale for the shoddy job the contractor has done. There will be no abandoned project.  I’m only seeing the contractor for the first time today; my interest is that the 2km road must be done as specified by the federal government. Anybody who thinks it is business as usual should be careful. I’m ready to involve the EFCC if they are not ready to do the job according to specifications.”

When contacted, Managing Director, Eme Technical Company Limited, Mr. Emmanuel Eme, who blamed rainfall for the slow pace of the contract, stated that the contract awarded to his company was for 560 metres without drainage channel, adding that he has only been mobilized by 50% of the contract sum and promised to complete the job in two weeks time.