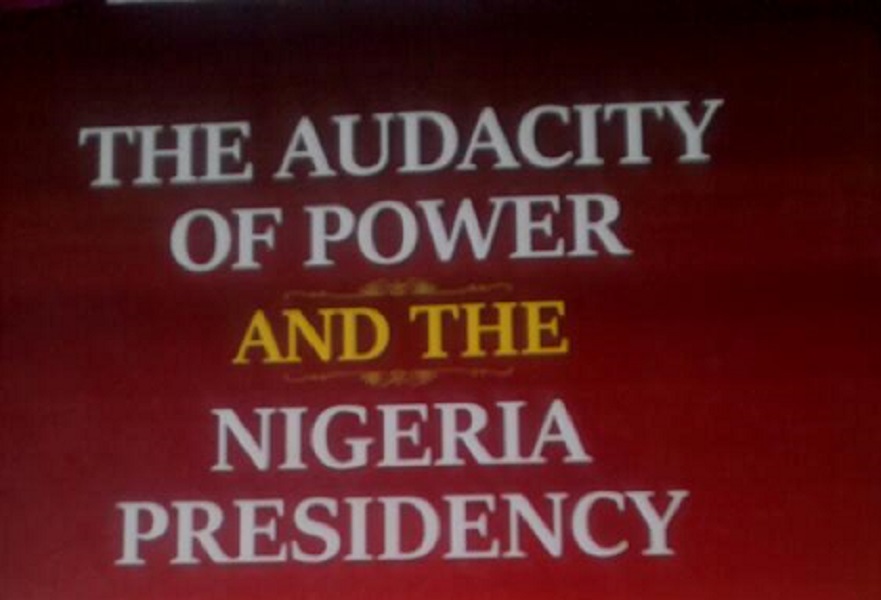 Here comes a titanic book by Law Mefor and Godwin Udibe, which factually and statistically catalogues the marginalization of Ndigbo in Nigeria. It is about the audaciousness of power as a fulcrum upon which everything pivots within a polity, the power politics in Nigeria and how the exclusion of the Igbos in the scheme of things has resurrected the specter of Biafra. Perhaps most important is its highlights on why a Nigerian President of Igbo extraction can cure the rising separatist agitation for a sovereign Biafran state. This audacious book is scheduled for public presentation at Intl Conference Center, Abuja, on Thursday, April.27th.

The 465-page book stretched in 25 chapters offers a panoramic view of the Nigerian nation state, its incongruities and inherent contractions, and also makes a solid case for restructuring the country and for Nigeria’s President of Igbo extraction.

The authors – Law Mefor and Godwin Udibe – align with one united Nigeria on the condition that it has to be based on social justice, true federalism and equity. For them therefore, Biafra can only come by default and not by design, and thus advise the federal government to take very urgent steps to address the preconditions that would make Nigeria truly a nation where all citizens can connect to and be free to aspire to be anything, including the President of the country.

To these authors, the marginalization of Ndigbo in Nigeria is real, and has grown from mere marginalization (where a section does not get its fair share) to exclusion where the South East is virtually ignored and Nigeria run as if the region does not exist or cannot resist. The authors provided very damning instances. For example, the book took a hard look at the state and local government creations in Nigeria, and how the policy has led to the shrinking of the South East into a minority group in Nigeria, the zone being the only one with only 5 States whereas the North West has seven and others 6 apiece. In the case of local government, the authors proved that the South East is at least 20 local governments below par and in deficit when compared and averaged with the other zones.

Though trite, their argument is that if States and Local Governments are the main basis for federal revenue and resources allocation, and appointments and recruitments into federal positions and admissions into federal institutions, the quantum of losses being suffered by the South East since the policy was introduced since the war, runs into trillions of naira, thousands of slots in appointments, recruitments, admissions and other incalculable deprivations, which have led to the underdevelopment of the zone. Though nothing came out of it, such gross neglect of the zone led to the class action case filed by Olisa Agbakoba, SAN on behalf of the South East in 2010.

The authors’ argument on the Nigeria President of Igbo extraction is not necessarily only about equity; Mefor and Udibe believe there are intrinsic values inherent in the Igbo becoming President of Nigeria. In one of the concluding chapters, the authors presented how the Igbo man is well positioned to turn Nigeria into an economic tiger by opening up the nation’s economy and the polity through courageous and exceptional leadership, which the authors believe the Igbo culture imbues its people with. This claim may be arguable but at least the book lists what Nigerians should expect from such presidency – a manifesto of sorts.

The book is non-partisan and does not seek a platform for the would-be President of Igbo extraction. Theirs is a proposal to all the political parties and the forces that throw up Nigerian Presidents, drawing strength from similar calls from many notable Nigerians such as Generals Ibrahim Babangida, Yakubu Gowon and most recently, General Olusegun Obasanjo, all who opined that it was time Nigerians looked East in picking the next President after Muhammadu Buhari.

The book challenges Nigerians to dare to have a country where equality shall reign and see a new Nigeria of their dream in no time, equally insisting that only true federalism can save Nigeria.

Mefor and Udibe used the state of California in the United States as proof that the South East does not need to exit Nigeria to become an economic power house for the country and West Africa sub-region. And for a fact, California is the 6th largest economy in the world, yet, only a state in the United States for the simple reason that that country practices true federalism, the same feat these authors believe is a strong possibility if Nigeria toes the same path.

Come to think of it, Nigeria has remained a consumer economy, which forces all its federating units to depend on the center, thus making nonsense of both the essence and quintessence of federalism as obtains in other countries practicing it. The authors therefore have a point there but can the forces that forge the Nigerian nation-state change it and free the nation from underdevelopment and want?

The authors on the cover and inside the book challenge Nigerians who do not share their views or agree with their daring prescriptions to bring their finest arguments to the table, for even God Almighty could asked man, “ let us reason together”.

A must read and unputdownable, “The Audacity of Power and The Nigeria President…”, a thoroughly researched work, will serve both the academics and politicians alike, and can be a bible to every Igbo who wants to understand his fate in Nigeria and other Nigerians who care for justice and who truly want a united nation where peace, justice and development shall reign.

Law Mefor and Godwin Udibe say they are members of ‘Conservative Intelligentsia’(whatever that means) for revolutionary change in politics and governance in Nigeria democracy. They believe they are not yet heavyweights of this ‘conservative intelligentsia’, but hope to get there, but not as apologists.

Mefor and Udibe believe that IPOB and MASSOB and all manners of agitators will continue to enjoy relative legitimacy among Igbo people and their sympathizers and that the specter of Biafra would continue to haunt the polity and continue to cause distraction to development and national unity if the South East continues to be left out in the scheme of things.

Law Mefor trained in General and Applied Psychology, Forensic and Social Psychology, Public Administration and Journalism at the University of Jos, University of Calabar, Nasarawa State University, and at the International Institute of Journalism. He is, at the moment, a doctoral research fellow (Social Psychology) at the University of Nigeria, Nsukka. An apostle of Two Party system, Mefor is also a journalist. He has written hundreds of newspaper articles, several books and a good number of scholarly and seminal papers. Some of his popular publications are: Senator Ken Nnamani Portrait (a biographical account); Dream Abuja and Corpers Cross (both novels); and A Book of Readings on the Nigerian Environment he co-edited for the Nigerian Senate.

Dr. Godwin Ifeanyichukwu Udibe, a former Commissioner of Lands and Urban Development in Enugu State, Nigeria, was educated in Nigeria and Russia. He is a Fellow, Chartered Economists of Nigeria (FCE), and holds a Doctor of Philosophy in Economics, from the Moscow Cooperative University, Russia. He was an Associate Professor of Economics and Management, American InterContinental University, Dunwoody Campus, Atlanta, Georgia, United States of America. His other books include: Tears of Ndigbo, A Requiem for Nigeria; and, Ndigbo, The Presidency and The Nigeria Power game. Dr. Udibe believes in a Two-Party system of democratic governance for Nigeria and a negotiated rotational presidency among the geo-political zones in Nigeria, for a competition of the best among equals, based on politics of superior arguments and ideological supremacy.

Finally, Mefor and Udibe tell compatriots that peace, justice and progress are all they wish the country, Nigeria!